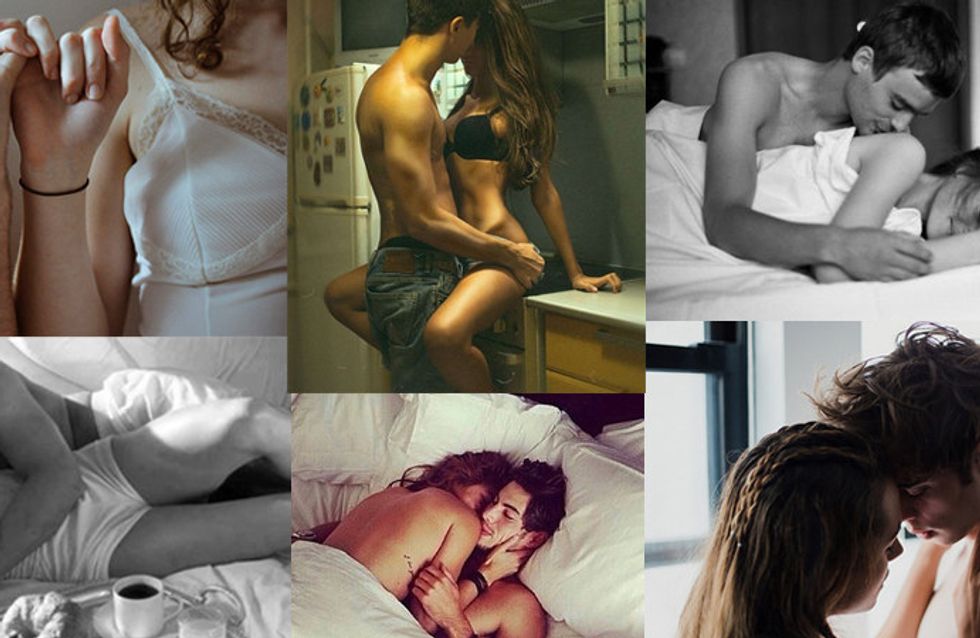 The clichés about men and sex are numerous and tenacious. If Hollywood has taught us one thing, it's that men love sex and when they're not having it, all they're thinking about is having it. The truth is though a lot of those stereotypes simply aren't true. So we asked some men about the biggest myths about them in the sack and you'll be surprised at what we learned.

We like to think we know it all when it comes to men, but the truth is some of our assumptions are way off the mark. You know what happens when you assume. You make an ass out of you and me. We talked to some willing red blooded males and asked them to dish the truth on the main sex myths they've encountered about themselves. Thanks to their honesty and our investigative eye we are getting the truth about what happens when it comes to getting it on between the sheets.

1. Men are always up for sex

Men never refuse sex, they're always up for it, they're never too tired after a long day at work and they never have headaches. In fact, they think about nothing but sex the whole time. Right? well, wrong actually.

Men aren't robots: they get worried, stressed and sometimes they just don't feel like sex just like us females. I know: Mind. Blown. They're just as affected by emotion as us even if they don't show it on the outside, and emotion sometimes affects their libido. Less often, sure, but it still happens so no need to write him off as a dud if he's not in the mood. Don't panic if he doesn’t feel like sex, he's only human!

No, not true ladies. It's not just women who fake it! OK, so we may fake it more often (we're four times as likely to make believe), but only 47% of men achieve orgasm during vaginal penetration and 3% say that they have never had an orgasm during sexual intercourse. Sometimes it's not the destination, it's the journey!

Women still believe that men have only one goal in mind when it comes to making love – orgasm and getting right down to it. But the modern man has risen above this and can really enjoy foreplay before the main course.

Of course, from time to time you both want to get straight down to the act itself, but get it out of your head that men don't like foreplay. It allows them to learn how to pleasure you (always a bonus) and can make your sexy session last a whole lot longer - smiles all round!

Not necessarily (see myth number 2). Ejaculating and reaching orgasm do not always happen together, and vice versa. Some men reach orgasm without ejaculating (this is called a dry orgasm). But as you probably know most of the time orgasm and ejaculation are one in the same. Ew, sticky.

5. Sexual breakdown is linked to lack of desire

Women are quick to jump to conclusions when their man has a problem in bed. The large majority think that he doesn't want them any more, but there are many other reasons for a lack of sex drive or erection.

Almost 42% of men say they've had an erection problem. Stress, fatigue, shyness, worries etc can affect them. Imagine if every time you weren't slightly in the mood it showed physically, that would be a lot of pressure. Cut your man some slack.

Sure, they drool over women in magazines and on TV. These women are fantasies but they're not what all men are looking for.
​
The men admitted they want someone attractive, but also have a wide array of criteria: brains, humor, elegance and inner beauty. And men aren't that dense: they know that the supermodels in magazines aren't what real women are like. Most men like some womanly curves, and natural look make-up and plenty of confidence. The definition of sexy is loving the way you look.

While we might all have had teenage notions of petals on the bed, softly lit candles and massage oils, the reality of our sex lives is that none of the above apply. Some guys are a sucker for romance, but it really is just the luck of the draw.

Don't be too hard on your guy if he's not counting the number of freckles on your back, there can be a time and a place for romance, it may not just come naturally to your man like it does for you. There are plenty of other important factors for BOTH of you when it comes to a good romp session - chemistry, libido and the ability to have a laugh - so don't be too hard (pun intended) on your man.

Want to spice up your sex life? Check out these positions: 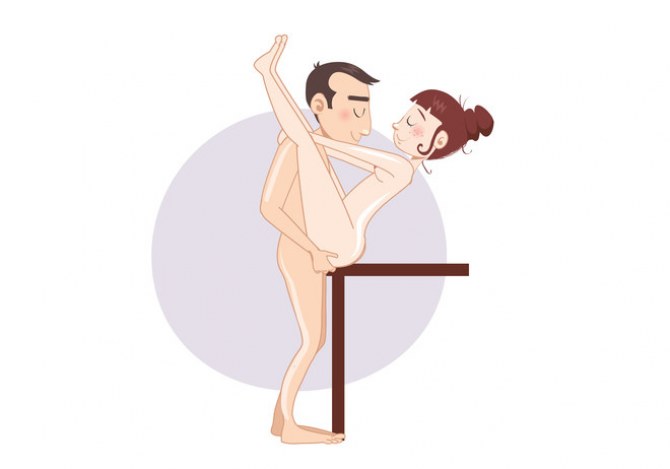