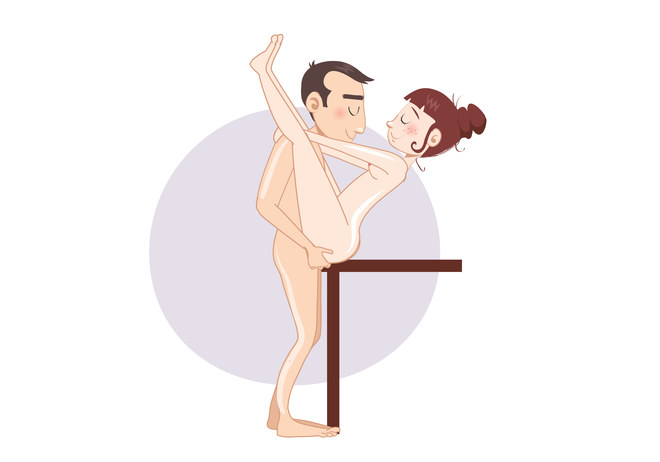 Replay
The Kamasutra is the bible of sex positions. It was written in India in Sanskrit - historian's think it first appeared between 400 BCE and 200CE!

Originally it wasn't just a sex positions manual but a whole way of life! However, if it's sex positions you're after then you've come to the right place!

The Kamasutra contains very detailed instructions to different sex positions and we've come up with handy little illustrations to help you get to grips with them!

Now she braces herself by putting her arms around his neck, pulls first the right, then the left leg up onto his shoulders. She leans back and he directs the thrusting by holding on to her bum!

Girl On Top, Missionary, Doggy? Top 5 Sex Positions From Around The World
by Vivian KELLY

Why Skype Sex Is Better Than Sex IRL
by Vivian KELLY

The A-Z Of Sex: Everything You Ever Wanted To Know - Explained
by Ursula Dewey

Sex with specs: See yourself shag via Sex with Google Glass app
by Teddi Ginsberg

14 Thoughts Guys Have During Sex
by Cliche Wynter

Doggy Style Sex: Everything You Need To Know About This Must-try Sex Position
by cheree

Sexual Positions: The Good, The Bad and The Kinky
by cheree