What Happened When My Boyfriend's Mum Caught Us In The Shower 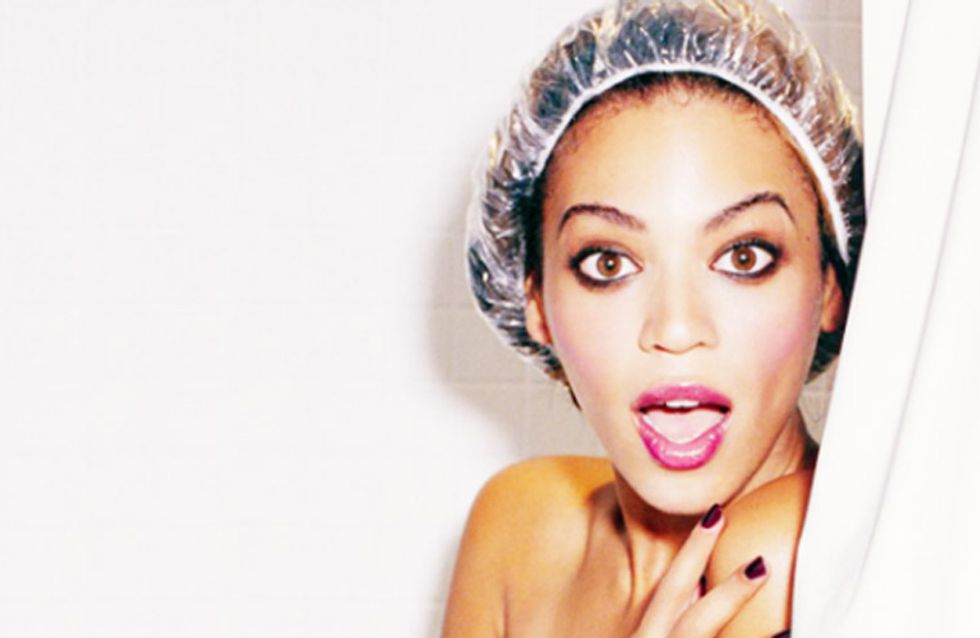 Don't these kind of stories always begin with someone insisting everything is going to be fine? Then NOTHING turns out fine and said person is just like, "LOL, my bad." That's exactly what happened on that unfortunate day my boyfriend's mum came home and found us in the shower. How'd we get to that point? Well, let's back it up a bit...

So there we were, two twentysomethings just hanging out on a Friday afternoon doing what regular twentysomethings do. You know, "talking" and enjoying each other's company. So far, so good. Then my boyfriend turns to me and says, "I'm about to hop in the shower, come with me." After a quick glance at the clock, I declined his offer because I knew his mum and younger sister would be home any minute. "It's okay," he said. "They won't be home for another two hours." I paused and figured surely he knows his mother's schedule better than I do, so why the hell not? I stripped off all my clothes, left them in the living room (rookie mistake), and decided to join him.

The hot water began flowing; drenching everything from my shower cap down to my toes. After we were both warm, we decided we'd be sweet and thoughtful adults, and lather each other up. It was a "you wash my back, I wash yours" kind of situation. There wasn't anything remotely sexual going on, aside from the fact that we were naked within the same space.

As we're rinsing off, the front door opens and I hear his mum and sister talking. I just about shat myself and died. Let me tell you, nothing in life quite prepares you for the moment your significant other's parents come home and find the two of you in a very compromising position. Nothing. No matter how old you are, it's always a jolting experience. You're sort of just thrown to the wolves and have to hope and pray you'll be alright. I was not going to be alright.

A full-on panic attack was four five seconds away from going down, and he was standing there remarkably calm. I mean, of course he was. He's her son. I, on the other hand, was the Freak of the Week harlot leading him astray. FML!

I had to think quick. I thought maybe I could get dressed and just pretend I was using the bathroom while he was showering. But my clothes! My clothes were haphazardly thrown about in the living room and there was literally no way I could retrieve them without being noticed. I then thought about jumping out the window in a towel. But guess what? There was no window! I was trapped and knew I had to face his mom and sister like the little shameful sinner I was.

My boyfriend, bless his soul, dried off and headed out before me. He really had no choice, because there was no way in hell I was going to go out there in a towel; as if I wasn't already clinging to life support. But here's the kicker. He began ironing his clothes like everything was normal, and sent his sister into the bathroom to hand me my clothes. Yeah. In case you're wondering, that definitely made the entire experience all the more horrifying.

After taking my precious time getting dressed, I emerged from the den of bad behaviour and took a seat in the living room, barely getting out a "Hi." I can't tell you if his mother responded to me, I was too focused on keeping my breathing normal to care. I do remember fidgeting, waiting for her to say something passive aggressive (that's always been her M.O.) But she remained silent, clearly thinking of the perfect concoction of words that would annihilate me. Oh, and where was my boyfriend during this cold war you ask? Still ironing the wrinkles out of his shirt and practically whistling while doing so, obviously.

An eternity later, he finished getting himself together as a friend of his mum's rang the bell. That was a good thing! She would be too busy laughing it up with her gal pal to say anything as we quietly made our getaway. Right? Not exactly. As soon as we were about to get into the elevator she paused her conversation and warned, "Don't you ever let that happen again" I smiled the most nervous smile and told her it wouldn't. I was relieved I was getting off that easy, though I'm sure she gave her friend all the tea on what just happened after we were out of sight. But oh well! Ignorance was bliss in that situation, and let me tell you I was on cloud freaking nine.

Several years later, I'm glad to report that we were never caught in a sticky situation again. Not even close. Lesson learned, studied, and mastered.

Have you ever been caught in the act? Care to share your traumatising story? Tweet us @sofeminineUK!

This article was written by Cliché. Follow her @CalamityCliche.

27 Things We Wish Our Boyfriends Would Listen To

10 #BoyfriendProblems We Should Thank Our Boyfriend For