by Tolani Shoneye Published on 2 September 2015 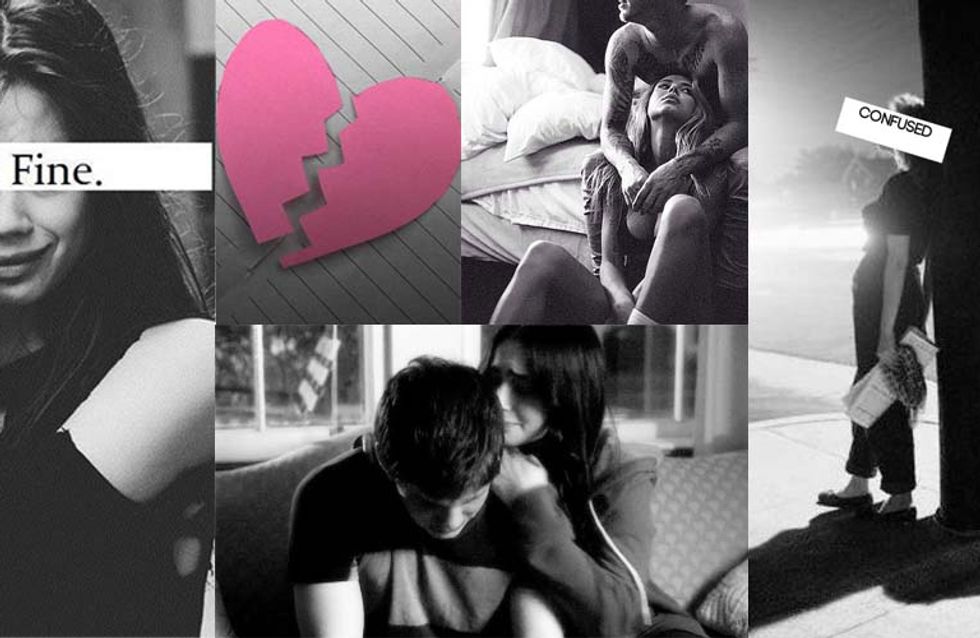 We all know the rule: he cheats, you call it quits. Once a cheat, always a cheat and all that. But when it actually happens, how many women have the strength to leave? I for one didn’t.

So just a little back story, I had been dating this guy since I was 14, and when we eventually broke up (in f*cked up fate) it was him who dumped me - at 23. Nine years of BS later, that’s pretty impressive.

Like every couple, the relationship went through a whole range of ups and downs, the biggest down being the first time I found out he cheated. After about the sixth time, I got numb to it but the first was the most heart breaking.​ I know what you are thinking, what makes you stay with someone who constantly cheats on you? ​Stupidity, that’s what. I was young and very stupid.

The first time, I believed it was an accident, as he called it. How you can accidentally get your d*ck sucked is beyond me. But he said it was an accident and I desperately wanted to believe him and so I did. He was so sorry and promised never to do it again. ​But of course he did it, over and over again. He pretty much became the community dick, (a man that sleeps with several women in the same general area) and I was the prize idiot.

He gave me every excuse going:

“It didn’t mean anything”
“I was drunk”
“It’s not like I actually slept with her.”
“I don’t know how it happened”

And my favourite and one that still makes my blood boil, “I was thinking about you the whole time.” Yes those actual words came out of his mouth. It’s comical really.

But instead of telling him where to G-O, I began questioning myself. Maybe I wasn’t pretty enough, maybe I needed to do more to make him happier and not stray. Every time he slipped up, a little part of me died. I even started thinking it was normal. All men cheated, right? And to be fair most of the relationships I was around had some sort of infidelity.So I continued to love him. I had lost so much in the name of him, that I didn’t want to lose him too. It felt a waste of time and emotions to just leave him. It had to work, we had to work.I believed that one day he would grow up, and see what he had in front of him. I mean, I really wasn’t a bad catch.

I even stopped blaming him, but rather took issue with the girls he was cheating on me with. What kind of girls sleep with guys in relationships anyway. SLUTS! I was going to stay with my man and not let these sluts win.

I did warn you, I was very stupid.

So he carried on. He knew that I wasn’t going anywhere, no matter what he did and even though I knew I deserved better, I stayed.I had lost all hope with men, and felt that even if I was to leave him and start a new relationship, I was still going to get cheated on. So better the devil you know.

So when the relationship eventually ended, well past it’s sell by date, I was faced with the sad reality of a wasted 9 years.

But there's something about being out of a bad relationship that makes you evaluate yourself and realise your self worth.It's like my eyes were finally opened, and I saw that everything I was dealing with was not normal, nor was it healthy. Being out of the relationship meant I had time for myself, it meant all the time and effort I had spent on him could now be spent on myself. And I know it sounds cheesy, and a little like something you read in a self help book, but it allowed me to be a better me. And a better me doesn't deserve to be cheated on. I am better than that.

​ So lesson learnt, never would I stay with a guy who cheats on me, and I believe every woman should go with the rule of one strike and you are out. A man will only treat you, the way you allow him to.

And to my ex, incase you are reading this:

Thank you for ending it, it was the best thing you could ever have done, I mean you could have stopped cheating, but I know that would have been too much to ask from you.

​But no love lost, actually all love is lost, but all is forgiven.

Any just incase you are ever thinking of taking back a cheating partner, here's 5 reasons why you shouldn't. Please don't do it I was stupid enough for all of us.

1. The relationship will never be the same

It doesn't matter if you have forgiven them. Things will just never be the same. The trust is gone and is likely to never come back, the memory of the betrayal never really goes away.

Not only do you lose the respect of others, I was regularly the laughing stoke among girls who he slept with, but you also lose your self-respect. Staying with a cheater means you believe that's what you deserve. And it really isn't you deserve so much more.

A massive d*ck who is not worth your time. Believe it or not but they are men out there who won't cheat on you and you deserve that.

If he's a decent enough person he will try to change but once the opportunity comes, he will do it again. Why? Because he got away with it the first time and also because he is a d*ck.

Staying with someone who cheated on you, makes you ape shit crazy. You turn into MI5 and the FBI, checking his phone, hiding outside his house and hacking his Facebook. True story.

And if you have ever been cheating up. Here are 50 quotes about cheating that will help you heal your broken heart. 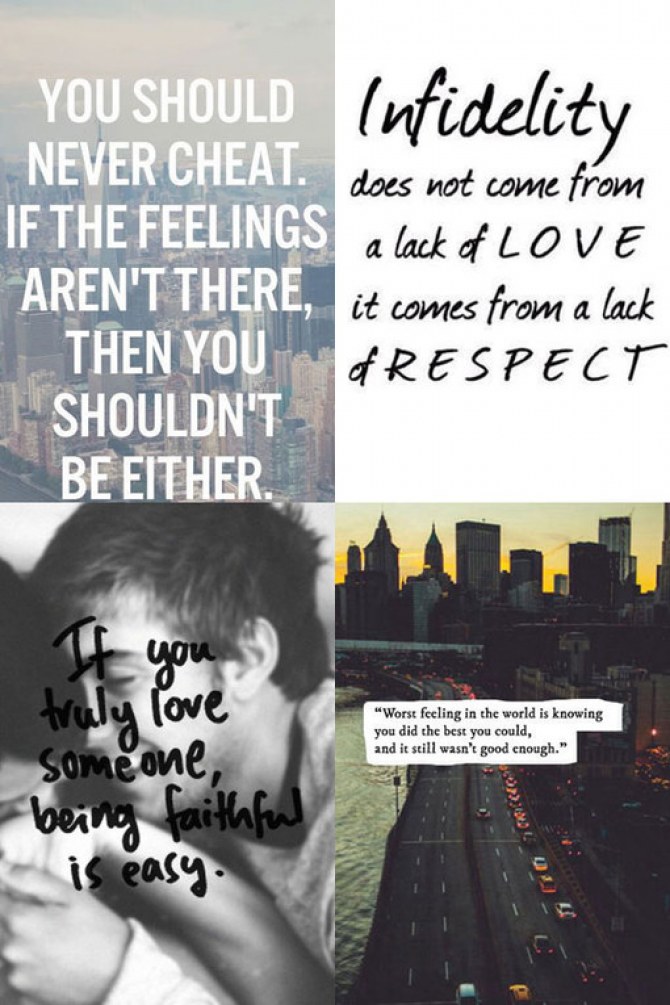 Ever been cheated on, did you forgive him? Tweet us @sofeminineUK

This article was written by Tolani Shoneye. Tweet her and convince her that not all men are dogs. @tolly_t

Seven Signs Your Partner Is Cheating

by Tolani Shoneye
For all the best videos, memes and shareable news!