​​​​​7 Signs You & Your Boyfriend Are Destined To Be "Just Friends"

by Jane Druker Published on 5 February 2016 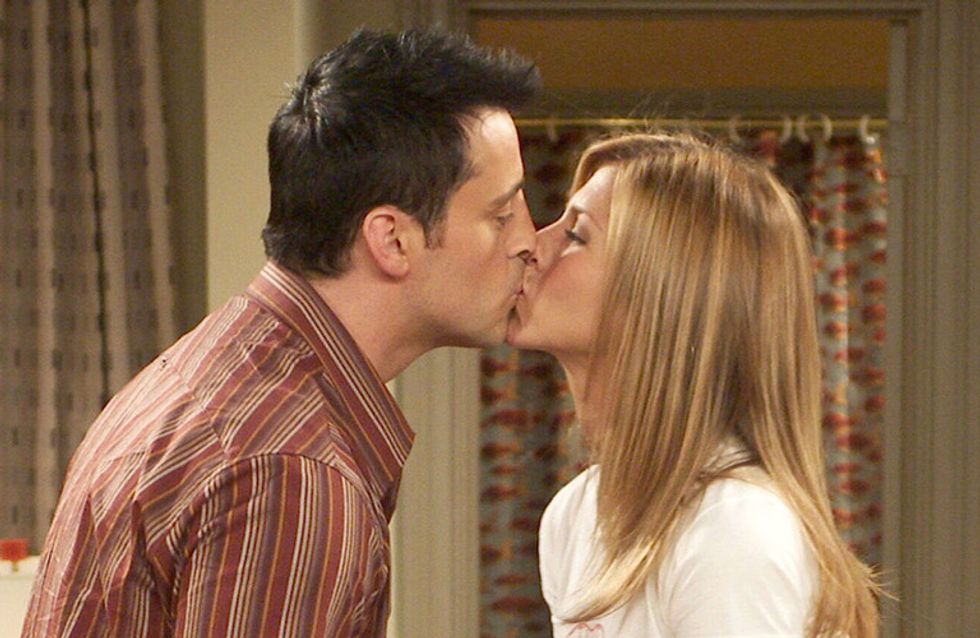 You're supposed to marry your best friend right? That's what I thought when I said yes to marrying mine in our favourite restaurant, him down on bended knee, diamond in hand. But we never made it down the aisle because I realised, three weeks before we were due to say "I Do", that being friends was just not enough. So, when Gwyneth said this week that she and ex-husband Chris Martin are best friends - that their marriage ending wasn't tragic, just realistic - it really struck a chord.

I had believed that Max* was the one because we were so comfortable in one another's company, we enjoyed the same things - gigs, Greece, movies and chicken tikka masala - we lived together in cosy domesticity. We'd met at uni, been together for six contented years and marriage was the next expectation. Our sex life had always been healthy but, frankly, I knew he fancied me more than I him. And I liked that. It made me feel safe, secure. He had always had other attributes I had considered more important - a great sense of humour, a lust for life and an easy happy-go-lucky personality.

So why did I decide that wasn't enough? When I tried on my wedding dress for the final fitting, my two sisters at my side, I burst into tears looking in panic at my reflection. It was like that scene in Sex & The City where Carrie gets a rash all over her body - like her, I felt completely overwhelmed and claustrophobic - it hit me like a thunderbolt that I didn't possess the right romantic feelings for this man. I was suddenly certain I couldn't commit myself to marital monogamy and that wasn't fair to either of us. I removed the dress, the ring and went immediately home to tell him the truth. It was and still is the hardest thing I have ever had to do. He was devastated. Thankfully though, in retrospect it was a gut instinct that has proved right for us both. Today we are happily married to our rightful soulmates and, like Gwynnie and Chris, we remain what we always were - great mates.

My marriage, on the other hand, is primarily a passionate one - friendship is not our cornerstone. We are very different, come from two separate continents and cultures, and have never met a heated argument we didn't like - yet we have a crazy connection. I have a gang of girlfriends who I rely on for fun, support, solidarity and mischief. But I only have one lover - a union that is special and intimate. These things define marriage for me.

So how do you know if your feelings towards someone are truly romantic or if perhaps your relationship, however hard it is to admit, would actually thrive best as a platonic friendship?

SEVEN SIGNS YOU ARE DESTINED TO BE JUST FRIENDS

1. You are attracted to (and want to experience) other people

2. You have a "friends with benefits" relationship

When friendship trumps romance in your relationship the scales become unbalanced - preferring shared activities rather than giving undivided time and attention to your special someone (think going to a game rather than playing one on the sofa) will only lead to an unsatisfying romantic relationship.

When I realised I wanted to work and live in other cities on different continents, I knew Max and I didn't share the same future vision. We weren't looking at an aligned future with similar expectations and compatible views on a life plan. The same beliefs in religion, parenting and plans are not prerequisites for fulfilling friendships, but make all the difference in romantic relationships.

A romantic relationship should be two individuals who ARE reliant on each other. Think of your relationship as the letter "H" - two strong pillars joined and united. True romance is a healthy progression from a “me” and “you” to an “us.” This interdependence differentiates it from friendships.

5. ​You don't put each other on a pedestal

Seen those pictures of a couple in the throes of romantic love - George and Amal, Goldie and Kurt, Gigi and Zayn? It doesn't matter how long you have been together - you only have to look at them to see they are in thrall to each other - in their own bubble. Everyone else is on the outside. In any healthy romantic relationship it's actually positive to hold these heightened views of each other in terms of behaviour, attitudes, accomplishments and perceptions. We tend to have more grounded views of our friends, whereas our chosen person should be SPECIAL only to us.

The MOST important factor in deciding whether a relationship will be a friendship or a romantic partnership is the commitment to one another. Because it reflects an intentional choice to WORK on creating a romantic partnership. If you fall down at the first hurdle (in my case a marriage proposal) it will not work.

Of course, our friends influence us, affecting our preferences, aims and perspectives in life, but our romantic partners have a much stronger pull on who we are. People actually incorporate their romantic partners into their own sense of self. Hence the merged monikers we love to give our idols - Kimye, Brangelina - and the nicknames, codes and secret language we only have with our significant other.

Think you and your boyf are destined to be 'just friends'? Tweet us @sofeminineUK!

10 Times Science Proved That Love Is The Absolute WORST

5 Ways To Get Over Someone Without Going Totally Crazy

27 Things We Wish Our Boyfriends Would Listen To

by Jane Druker
From hair ideas to outifts, look no further for your daily inspiration