10 Times Science Proved That Love Is The Absolute WORST 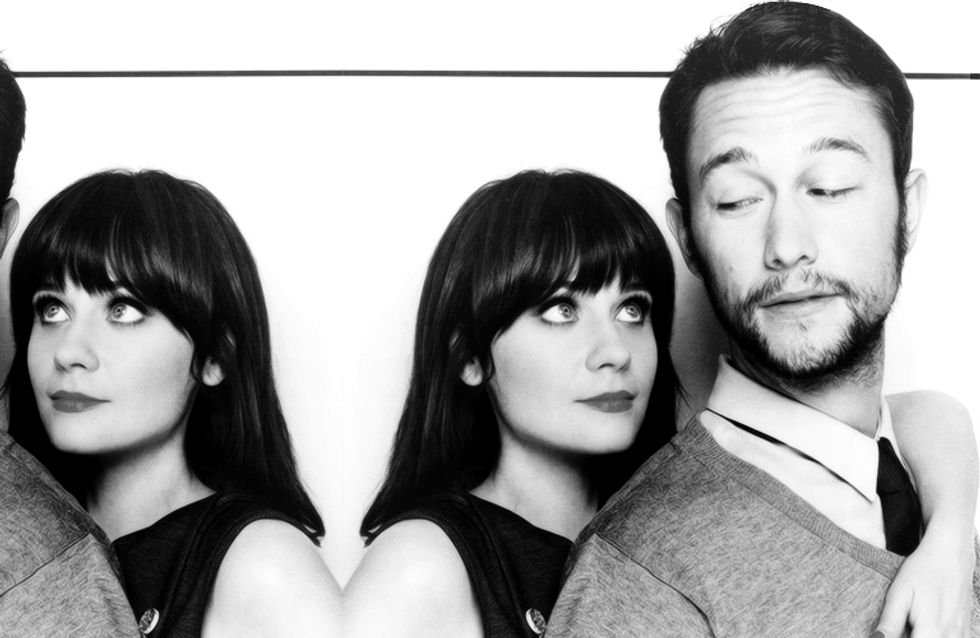 Love is a beautiful, uplifting, completely soul-destroying ugly mystery. Yeah it’s really great for a while, sometimes even forever but most of the time, it sucks. It just really, totally sucks. Along with hurting like hell and turning you god damn crazy there’s actual real-life proof that love is bad for you. No, I’m not neck deep in a bottle of wine, there is actually scientific proof that love is sh*t and I’m about to lay it all on you. Listen up.

1. It’s actually a rather thin line between love and hate

Which, for those of us have come home and found none of the housework has been done, is a familiar feeling. A study by scientists found that some of the nervous circuits in the brain that were responsible for hate are the same as those used during the feeling of romantic love. So it seems love and hate are not as far apart as we thought. Bad for relationships, great for sex.

2. Scientists even proved chocolate is better than being in love. Chocolate.

I mean yeah, chocolate is the best. The absolute best. But it's still a food. When scientists can prove that love, all consuming, intense love, fantastic sex love, is still not as good as a dairy milk, it's a bad day for humankind.

Not in the literal sense thank God. Love just suppresses activity in the area of the brain that controls critical thought. No biggie. Once we get close to someone, our pesky brains decide the need to asses their character and personality is reduced. They suppress neural activity associated with critical social assessment of other people as well as negative emotions. So you could be dating the worst guy in the world, the one that all your friends hate, the one that always makes sexist jokes and wears tracksuit bottoms to your cousin's wedding but your brain has decided to take away the capacity to work that out that he's a capital D dick for yourself. One day you'll look back on those pictures and cringe, but it'll all be too late. F*ck you, love.

4. Everlasting love doesn't exist. It is literally just a song by Love Affair.

Science, you're killing us. Give us something to look forward to! Psychologist Barbara Fredrickson says love is not a long-lasting, continually present emotion, but a "micro-moment of positivity resonance," which is to say, love is just a connection characterised by a flood of positive emotion, which you can share with any old regular Joe you meet during your day.

So now you can't even look forward to being in love with the one you're with forever. This means the only thing to look forward to in old age is the ability to fall asleep anywhere. If you're gran is yelling at you right now: "She's wrong. Your pop pop and I are still in love after all these years so she's definitely wrong." NOPE. You can't argue with science. That's a different kind of love. That's familial love, the kind you feel for dogs or your favourite TV series.

5. It's entirely possible to get addicted to love

A wise man once said: "you might as well face it, your addicted to love." That man, was singer - and, I suspect, scientist - Robert Palmer.

​See, if Mr Palmer was talking about dopamine, he'd be totally right. But first ladies, let me get you acquainted with the dreamboat that is dopamine: the brain's pleasure chemical. I know what you're thinking. "Pleasure chemical? Mama like!" right? WRONG. Dopamine is also the same chemical that plays a role in your gambling habit and drug problem, as well as your love life. So, not cool.

When we first fall in love, dopamine is released and is the chemical that makes couples feel all excited and energised and lustful. ​But before you know it, the dopamine's making you crazy. You're holding a boombox outside his window. You're tailing his car. You're crying simply about how lucky you are that he's your boyf. "His eyes...are just...so dreamy!" you're sobbing. GET A HOLD OF YOURSELF WOMAN. It's the dopamine talking. Plus, the adrenaline of being in love is a chemical nightmare. Before you know it, it's not just infatuation, it's downright addiction. There's even these effing awful fMRI scans that shows the brain of someone in love is scarily similar to that of a person addicted to cocaine. Love lifts us up where we belong? Too bloody right.

Evolutionary scientists think that jealousy of the romantic kind has been a long standing feeling in men and women. It came from the fear of being cuckolded in a man, and the fear of being materially abandoned in women. They also think that we're hard-wired to cheat anyway, so we're all doomed. So no looking at anyone else in the pub, alright?

7. You can get bored

Ahh, the early days in a relationship. When you're making love like, all the time. You can't stop kissing in public, much to everyone's else's chagrin. You text them all the time saying you miss them, even when you're together. Yeah, that won't last forever. That excitement is caused by a surge in adrenaline that often happens at the beginning of a relationship, but as your relationship continues the levels go back to normal and everything sucks again.

Science, once again proving love is awful. This article states that people - but especially men - are evolved for sex lives full of novelty and excitement and think familiarity is super gross. So keep that sex life interesting because another night of reading in bed is bad news for your relationship.

9. Love can only end badly

Studies show that romantic love and passion diminish over time, whereas feelings of attachment and closeness last much longer. So, as long as you only have a fond attachment for your boyfriend and not passionate love for him, you should be just fine.

Brain scans taken by scientists on idiots in luuurve show that a region of the brain that is essential to judgement, known as the frontal cortex, shuts down when people fall in love. The scientists used MRI scanners and found the frontal cortex shut down when someone was shown a picture of someone they love, leading them to suspend all criticism and doubt. So even if your partner's a downright fool, you're going to be looking at them with heart eyes. You could be watching him trying to eat a whole plate of spaghetti with a spoon in nothing but a pair of pants and you'd be like "that's my guy!"

Have you got any more reasons why love is the worst? Let us know! @sofeminineUK

​This article was written by Pascale. Follow her here: @Pas__

​​​25 Signs You're Ready For A Relationship