17 Reasons Your Cat Is Better Than Your Boyfriend 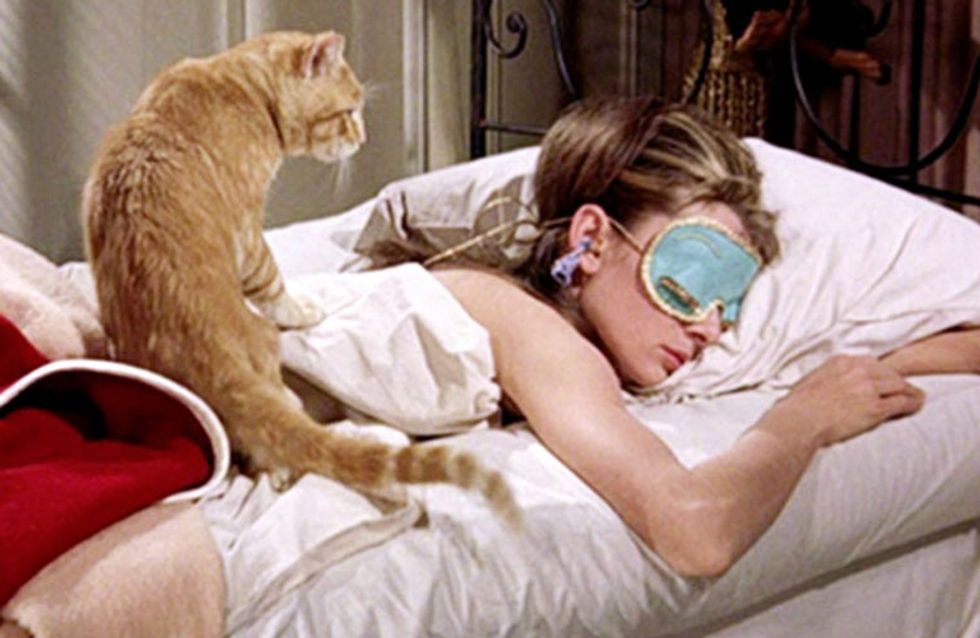 Boys are great and all that but in all seriousness, what the hell do they have that cats don't? In fact, when you think about it why do we even have them in the first place? They stink, they scratch themselves and don't even get us started on their toilet habits (we're talking about boys still). Yes, we may be diving head-first into crazy cat lady territory but to be honest, we're way past caring - CATS RULE.

1. You ALWAYS know where you stand

There's none of that 'does he like me' bullsh*t with your cat. If you've pissed it off, there's just a swift scratch to the legs and then we're all friends again.

​No silent treatment. No confusion. No driving yourself totally mental. Just the undying love and attention we deserve.

2. They’ll actually listen to you

Well, sort of.​ At least you know your cat isn't paying attention to your problems because it's, well, a cat.

3. They don’t go insane if you leave them alone for 5 minutes

If there's one thing cats aren't, it's needy. If you go out for the evening your cat won't send you a billion passive aggressive texts asking if you're having 'a great time'. AND they'll be genuinely pleased to see you when you get home.

Had six one too many? Don't worry, your cat won't give the judgement stares like your boif will. No, your cat will most probably come trotting in at the same god-awful hour, help you munch through last night's chicken and pass out on top of you. #ONEOFUS

5. Cats don’t mind if you watch the Kardashians for 5 straight hours

6. Cats will eat whatever you give them and will LIKE it

Whack open a tin of cat food or slave for hours for little thanks every damn day? Hmm. Tough choice.

7. Your cat doesn’t come with baggage

That stage-5 clinger of an ex-girlfriend? Yeah, your cat doesn't have that. You know what else? Your cat doesn't come with family or friends you can't stand but are forced to tolerate either. They just have tiny, fluffy, adorable mammal mates who like hanging out on your lap, brushing up against your legs and NOT talking utter crap. Worth thinking about eh?

8. Cats stick to a litter box

Let your boyfriend anywhere near the bathroom and you'll want to pack up your nostrils before burning the joint down and building it back up from scratch.

9. In fact they're pretty hygienic all round

Cats spend most of their cat-lives lying around cleaning themselves. That doesn't include haplessly scratching their balls...like seriously, if they itch that much go see someone.

Sometimes at the end of a long, hard day all you want is for someone to go to TOWN on your deep tissue. Cats have got it down.

11. Cats always land on their feet

They say cats always land on their own four feet - well, sometimes it feels like your boyfriend can't stand on his own two...

When you're getting your craft on your cat doesn't look at you like you're some sort of pathetic spinster/5-year-old. In fact, that fun feline gets INVOLVED with that ribbon. Talk about devotion already.

It's actually a scientific fact that a cat's purr helps humans to relax.

Whereas your boyfriend's snoring makes you contemplate how much you'd miss him if you smothered him in his sleep. So yeah, there's that...

14. Cats are there for life

You'll never feel lonely with a cat around...but then again, it can become a beacon of your loneliness. We'll leave that one.

15. Your cat will bring you daily presents

Dropping hints all year and STILL getting a sucky gift for your birthday OR getting daily treats delivered to you door, including dead birds and frogs... Yeah, maybe we're all losers here.

16. Cats will NEVER lose it

Think about it, you don't have to worry about your cat staying in shape. Cats will never lose that charm.

Not even Gosling can pull of this kinda cute.

15 Reasons Why Men With Beards Are SO Much Better

12 Relationship Thought Attacks We Need To Get Over STAT!