12 Relationship Thought Attacks We Need To Get Over STAT! 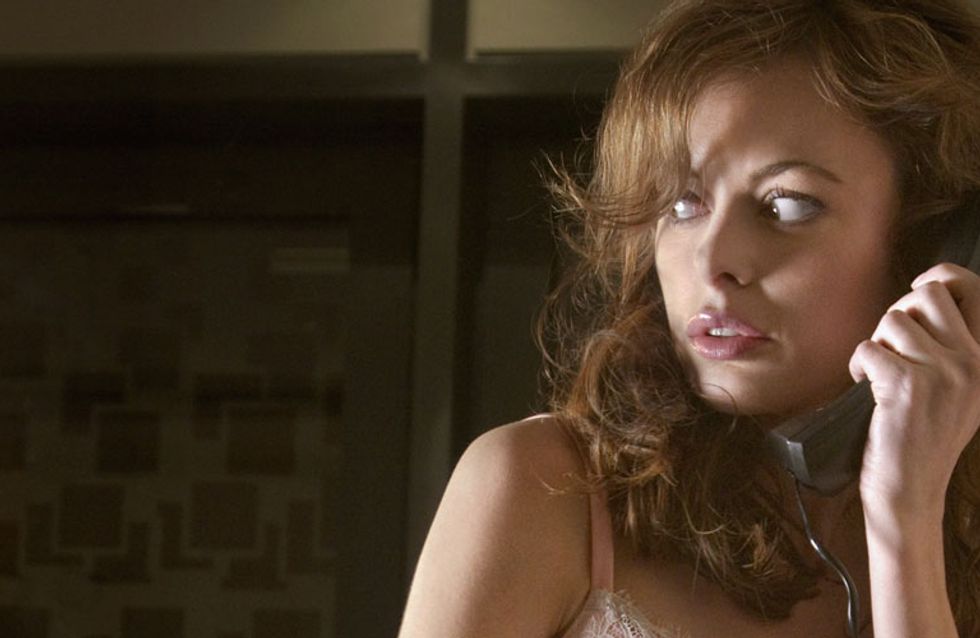 Panicking over the fate of your relationship? Freaking out because you think it's over (or about to be)? Break-ups happen for the pettiest of reasons and sometimes it's all 'cause we push things too far. Girls it's time you let go of your negative thoughts and checked out these 12 thought attacks we need to get over, stat. Time to think your relationship happy!

We understand how frustrating it is when your man doesn't bother to reply. It can bring a whole lotta questions to our heads, which are more like doubts really. Our best advice? Be patient with him. He may not even be by his phone or maybe he’s just busy! As long as he gets back to you eventually, you’re good. If not, have a word. Be rational about it - you’d be surprised how oblivious guys can be.

Not sure what his intentions are but have dated him long enough to know you’re both ready for the next step? The solution is simple - ask him but NOT after three dates!

​Be reasonable with how much time you're giving him - take it slow. The worst thing you can do is put pressure on him. Think about it like this... if he’s still taking you out and cooking you dinner then that should be enough reassurance to feel like he's serious about you.

3. What if he doesn't find me attractive?

Situations like these are clearly inevitable and they always get us worried. Why can't we just not care for once, right? If only things could be that simple!

So maybe you met on Tinder or on the internet - or at a club when you were dolled up. But next time he sees you he'll be worrying about exactly the same thing. And if you don't feel a spark on your date? You can't complain about free drinks and dinner!

Here's another insecurity most of us have. We call this 'the make up situation'. If you've been with your man for months on end and are worried that he’ll find you 'horrendous looking' come morning time, well, he's a d*ck. If a guy is that shallow to dump you over something as ridiculous as that then you're better off without him girl. Find someone that appreciates the natural you - guys prefer it anyway!

5. Is the relationship expiring?

There comes a time in ALL relationships where you'll find yourself questioning the future - we all get those thoughts! Try to take it one day at a time - live in the present - don't freak about the future. Sometimes it's good to check in and make sure your relationship is on the right track.

​Reevaluating can save you months, if not years, but the most important thing here is not to panic over your future together. Just ask yourself, 'are you happy?'. If you are, its likely that he is too. Remember the present makes the future!

​A few days go by and you hardly hear a peep from your man so naturally you think the whole relationship is OVER. While he's busy taking time out to himself you're left thinking about what you've done wrong and why he's being such an arsehole to you. Sound familiar? Don't sweat it.

​Women take things WAY too seriously sometimes. The key here is to just go with it and in time it will fix itself. It's probably just a glitch! But if you're really unhappy just communicate with him. If he doesn't take your feelings into consideration send him on his way, there's plenty of other guys that would.

If you've got an inkling that your man might have the hots for some other chick get rid of the negative thought, stat. The more you let it brew, the more likely you're gonna do something that you're gonna regret.

Use caution with positive thinking - we're not saying to be naive about it. If not, things could get nasty (ahem, psycho-bitch behaviour). Accept the fact that he's going to find other girls beautiful (as you do with other men). Ladies, it's called human nature!

8. Why doesn't he ever call anymore? Sob.

Fair do's. Your man should probably call from time to time and check in. Not necessarily to see what you're up to, but because he genuinely wants to know how your day was and how you're doing.

​BUT (sorry girls, we have to be fair here) it's so easy for guys to forget how much we appreciate these things. Instead of checking your notifications every ten seconds why not just take your mind off it? If it's a consistent problem, tell him straight - none of the hint dropping crap. (He. Won't. Get. It.) We want them to WANT to do it (yes!) but sometimes we need to be clear cut. It's the only way to get through to them.

Going through a dry spell is fairly normal, especially in long term relationships. If he's not initiating sexy time anymore the best thing to do is to check up on how he's doing emotionally (shocker, right?), but it's true that he might just be having a really stressful time at work or have something deeper going on. Men are not the best communicators, we know that. Find the time to talk with him.

Failing that, it could just be time to spice things up in the bedroom! ​

10. He never does the little things anymore...

It can be hard to cope with when all those random acts of affection - sending you flowers or sending you a sweet text - seem like a thing of the past, but that doesn't mean that your relationship has hit rock bottom. Not at all.

​When we're with someone for an extended period of time it's hard to keep the romance going strong. The best thing to do is be as understanding as possible. Then, take action! Why not arrange a date night to get the sparks flying again? This might help remind him about all the little things he used to do for you. We can feel the love already...

Ladies, sometimes actions speak louder than words. Which is why your man might not always find it necessary to say those three little words when we wanna hear them.

After all, if 'I love you' is over used it loses power and meaning. But it's true - we do love to hear it. Talk to him about how important it is to you, but remember showing love is MORE important.

You trust your man (for the most part), but there's always that 'what if' lingering in the back of your head when he does something offensive. We'd usually say ALWAYS trust your gut, but when it comes to thought attacks there are exceptions.

​Before acting out take note of the situation and ask yourself if it's really worth the confrontation. Most of the time it's paranoia and overanalysing that we have to blame...like if he buys you flowers don't start assuming he's doing something shady behind your back! Just be happy girl.

What relationship thought attacks do you have? Tweet us @sofeminineUK! #thoughtattacks

Why Is He Distant? The Real Reasons Men Pull Away