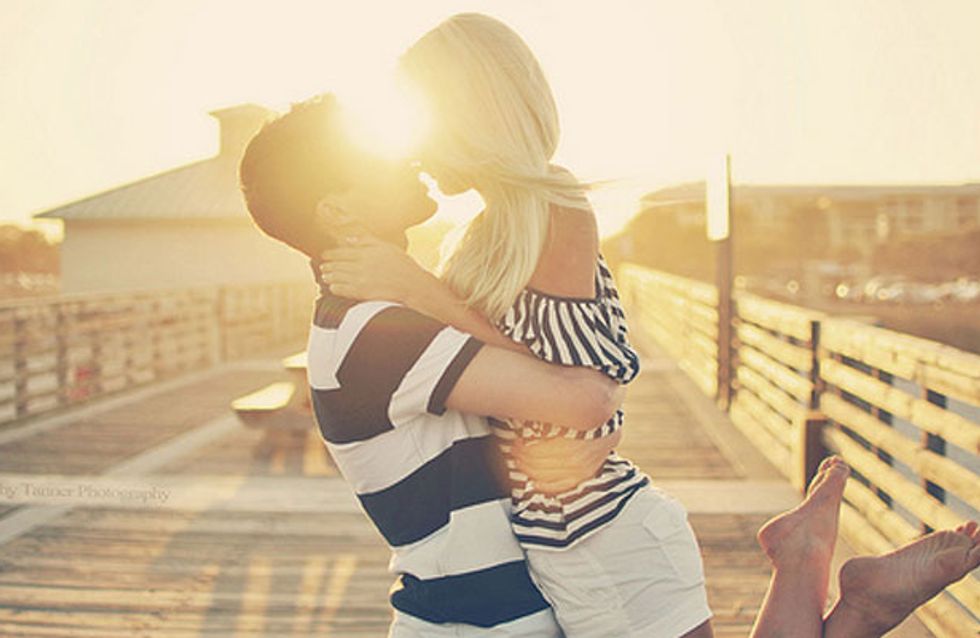 Every time one of the girls asks for relationship advice we start dishing out mantras, tips and love lessons and insisting our friends should listen to us. What's worse, we can't even justify what we've said (because we don't live by it). But let's face it, it's easier said than done, right? Here are 17 tips we give others but don't listen to ourselves.

1. Wait for him to call you first

The temptation is hard to resist. Constant questions run through our minds. What if he lost my number? What if he's waiting for me? Should I call him?

The reality: If he likes you, he WILL call you.

2. Take it easy on the drinks tonight girl

Pfft, we're making the most of it. It's on him anyways. Plus if we don't end up fancying him we'll have a pair of beer goggles on to help us through.

The reality: You get wasted and make an ass of yourself. Worse, you lock lips. Accidentally.

We're just having a bit of fun, what's the harm in that? Anyway, he's FIT.

The reality: Don't bother checking your missed calls the next day, he won't be calling you.

But he seems like a really nice guy? (Code for: I'm super lonely.)

The reality: You've looked past his chaviness and convinced yourself he's not such a bad catch after all. You'll come to your senses eventually.

Maybe. But maybe he's just playing hard to get!

The reality: Guys are simple. If he likes you, you'll know.

We want his babies. He. Is. Perfect.

The reality: Thanks to being so keen you've put him off, pushed him away AND scared the HELL out of him. He ain't coming back girl.

That's what guys want though, right? They like the chase.

The reality: Blowing him off, silent treatments and acting like you're not interested WILL translate as 'I do not fancy you'. Bad play.

OMG. What if he's with another girl? Seeing someone else? Not interested anymore?

The reality: Woah. Is he really worth trippin' over? Yeah, didn't think so.

But 'I WANT A BOYFRIEND.'

The reality: Gain some independence - you don't need a man to validate you. Snap. Out. Of. It.

What are you even on about?

​Sometimes we meet someone who's a bad influence but we can't see where we're going wrong.

The reality: Have you suddenly picked up smoking? Stopped hanging out with your friends? If you never do any of the things that make you happy anymore, things need to change.

11. Don't put so much pressure on yourself

But who doesn't want to look good for their man and do all the things that make him happy? We care.

The reality: You shouldn't feel like you have to give your man the world. Stop creating unnecessary stress!

... 'but I love him.' We always make excuses for ourselves AND for him. (Despite him treating us like poop.)

The reality: He's immature, irresponsible and careless. Why would you wanna stay with that?

13. You can't change someone

Ugh. Maybe if we break up with him he'll realise what he's lost and finally change his act?

The reality: Things will almost ALWAYS go back to the way they were. This is who he is. Accept him or leave him.

14. You should leave him for GOOD

Leaving your boyfriend for making ZERO effort, cheating or just being a complete jack ass is A LOT harder than people think.

The reality: Be the bigger person and pay yourself some respect. You won't be happy until you do.

But we miss all the good times we had. Spooning, kissing and all those hilarious date nights? It's so much better than a date night with Ben & Jerry's.

The reality: You're a mug. The single life is great - embrace it.

16. You deserve so much better

Mmhmm. All our girlfriends say this to us at some point, but we never take it seriously.

The reality: You're trapped and unhappy. Funny how we lose sight of what we really deserve. Don't let a relationship drag you down.

17. Things get easier with time

It's difficult to believe, break-ups are SO horribly hard.

The reality: As SATC's Charlotte York said, "It takes half the total time you went out with someone to get over them." Time really does heal everything! Promise.

Have you got any other relationship advice you give to your girl's? What advice do you find hardest to follow? Tweet us @sofeminineUK!