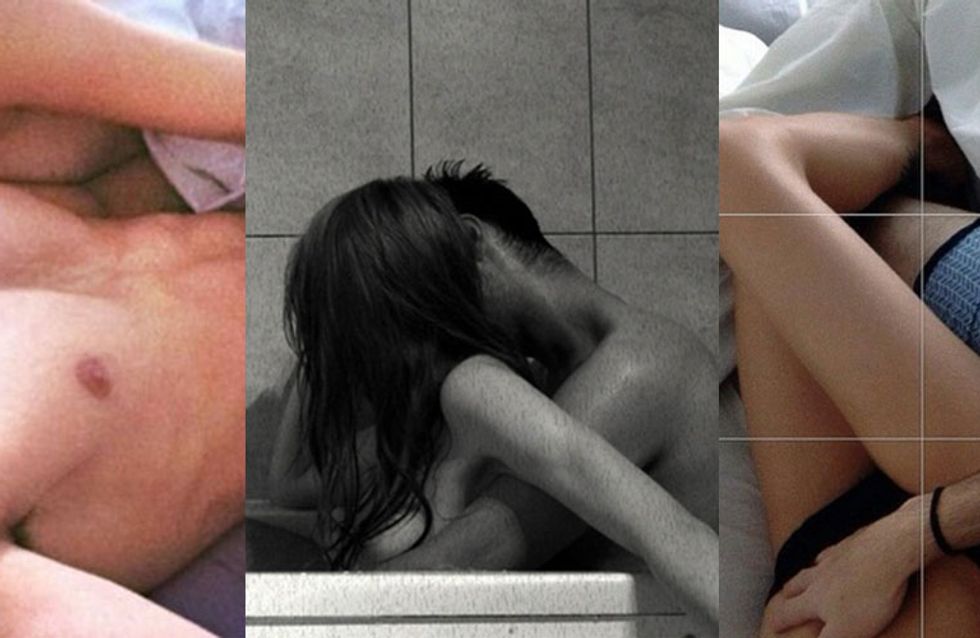 ​Or why not tell your man, 'I think I can do better than her' and pleasure him. The confidence and the unfamiliar experience is guaranteed to blow his mind.

​For many years and up until the 70’s they were described as ‘blue movies,’ a reference to, among other things, the colour of the lamps placed at the entrance to striptease bars. Then came the letter 'X', and nope, it's not a reference to the last letter in the word sex. In fact, it represents the cross that appeared on posters advertising these movies. Today the 'X' is replaced by the 18+ rating.

​Since the invention of cinema by the Lumiere brothers at the end of the 19th century, a few censored versions were circulated under wraps. Later, a few private salons and underground places projected these adult movies in secret. In the 70’s, the period of sexual and moral liberation, X rated films were invited into cinemas under the condition that they were forbidden to minors.

But 10 years later, the number of cinemas that showed them decreased, the reels were exploited in specialised cinemas and more were confidential. But with the advent of paid TV, cable channels, video, DVD and the Internet, this type of cinema ended up disappearing completely from the cinema screens in the 90s.

A number of associations have condemned the danger of adult films by highlighting the violence of certain scenes, the eventual consequences on the development of young adults (that have easy access to these images), the risk of addiction and the lack of condom use during sex.

While this may all well be true and can lead to some serious addiction and perhaps a lack of responsibility when it comes to sex, it's important to note that X-rated films are specifically targeted for adults over the age of 18 and there are in fact some social upsides.

When should I watch it and HOW?

The watershed on standard television in the UK starts at 9:00pm, and finishes at 5:30am the next morning. On premium film or pay-per-view services requiring a subscription, the watershed starts at 8:00pm.

​However, you can watch your film of choice on PIN protected channels (such as Sky Movies) at any time of the day. All you have to do is enter your PIN to view it. The transition from soft to adult material should be gradual, and 18 + material is strictly NOT allowed to be shown before 10:00pm.

How To Master Sex: 10 Simple Ways To Be Better In Bed

10 Spontaneous Sex Tips That Will Blow His Mind