Home / Love & Sex / Sex Tips / How to Turn Sex into Sexercise: 9 Ways to Sex Yourself into Shape

How to Turn Sex into Sexercise: 9 Ways to Sex Yourself into Shape

by Teddi Ginsberg Published on 13 February 2014 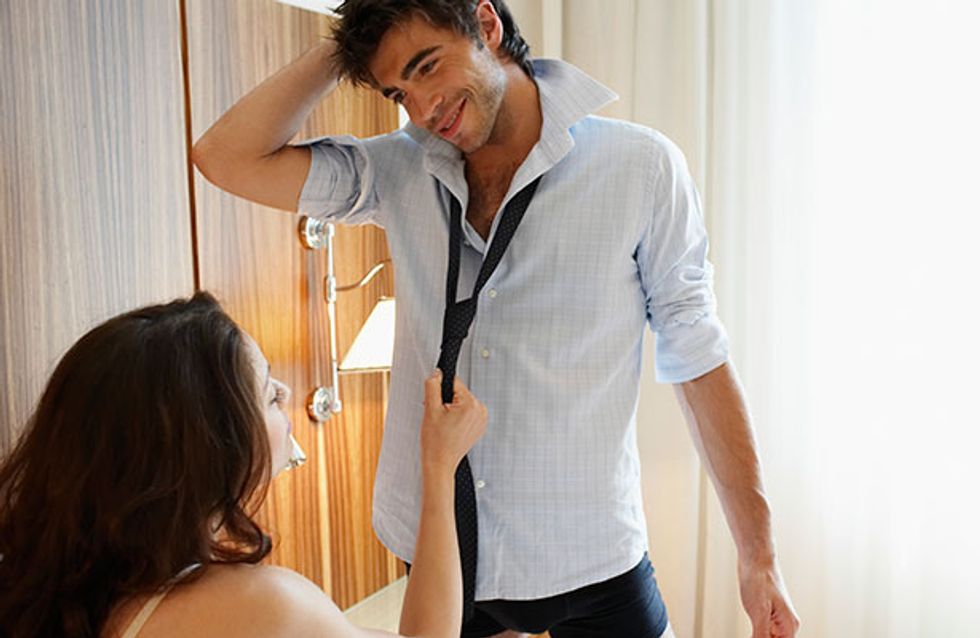 Getting fit or having sex… we know which we’d rather be doing. But what if we told you you can kill two birds with one stone? A recent study from the University of Quebec found an hour of lovemaking can burn just as many calories as 30 minutes on the treadmill. Some guy has even made a fitness class based on it. But if you’re not quite ready to bare all in a studio, these sexercise tips are a much more personal way burn calories while getting busy.

The idea that we burn calories when we have sex is not a new one but only recently did someone creepily creatively turn it into an actual fitness class. Celebrity fitness trainer Jason Rosell has taken the idea of sex being the best form of exercise and run with it. He calls his New York City based Sexercise class "the sexiest workout of your life."

P.s. this guy's also a musician and wrote a song called "#sexercise" complete with music video...yeah.

But don't let that put you off. Charlotte, Pool, a sex expert and fitness enthusiast at Bondara, has a different, more approachable outlook on sexercise.

​“Sex, as far as I’m concerned is exercise; you just don’t notice that you’re working out because you’re having such a good time!" she says. "The rush of endorphins released during sex has been shown to relieve pain, so if you’re about to orgasm your body won’t notice that your biceps are on fire or that your thighs are going into spasm.", she says.

So if you're game, use these nine sexercise tips from Charlotte at home and get hot and sweaty for all the right reasons.

Speed up your heart rate

Getting your heart rate pumped is key for any workout and the Lotus position is perfect for doing this. Your man sits upright while you sit in his lap, legs wrapped around his waist and grind around on top of him.

Charlotte says this actually takes a lot of strength and energy on the woman's part to achieve a steady rhythm, which in turn is "great for upping that heart rate and burning calories."

We're talking about the Bridge position - think yoga, but hotter. Much hotter. To get into the Bridge position bend over backwards (still facing upwards) with your hands and feet on the floor, and back arched. He then stands in between your legs and pumps away.

"You’re strengthening your back and improving your flexibility, all whilst getting closer to orgasmic bliss," Charlotte says.

A modified version of the bridge post, with the Arch position your arms get a rest but your sex drive definitely doesn't! Lie down on the edge of the bed with your lower back resting on the bed. Arch your back up so your hips meet his groin. He then stands at the foot of the bed supporting your lower body as he thrusts.

"This position is great for flexibility and will really strengthen your back and tone your glutes, all whilst giving him a great workout," Charlotte says.

Doggy style is probably one of his favourite poses and it turns out it's good for you, too! Get on your hands and knees facing away from him, he then kneels and enters you from behind. Charlotte says you can engage your core by having your abs locked in tight while supporting your upper body with your arms.

If you're looking for a lower body workout then nothing is better than the Reverse Cowgirl position. Charlotte explains it "involves a lot of quad endurance as well as activating the glutes and calves. So whether you’re riding him forwards or backwards, you’re getting a great leg workout." Sexy.

Having sex standing up is harder than it sounds but is a really great endurance workout. Have him lift you up and wrap your legs around him as he stands tall. He then supports your weight by cupping your bum with his arms, moves you onto his erection.

Charlotte says this one is a bit difficult to master but "the endurance required holding this stance will activate his core muscles." And yours for that matter! She recommends trying it with one leg up on the bed first, to relieve some of the weight.

Remember those wheelbarrow races you had at school? Well, this is SO much better and a whole lot dirtier. According to Charlotte, this seriously sexy wheelbarrow position is mutually beneficial - exercise and pleasure-wise. He'll use his arms to support your lower body and you'll engage your core and arms to support yourself as he takes you from behind.

If you're in the mood for a killer workout, look no further. Staying in a squat position during sex takes talent, but we think the payoff will be worth it. Have him lie down flat on the bed and climb on top of him in a squat position with a foot either side. Lower yourself onto his erection and "use your leg muscles to ride him like never before," Charlotte says.

What do you think? Would you consider ditching the gym to get down and dirty? Think sexercise is worth a shot? ​Tweet us @sofeminineUK!