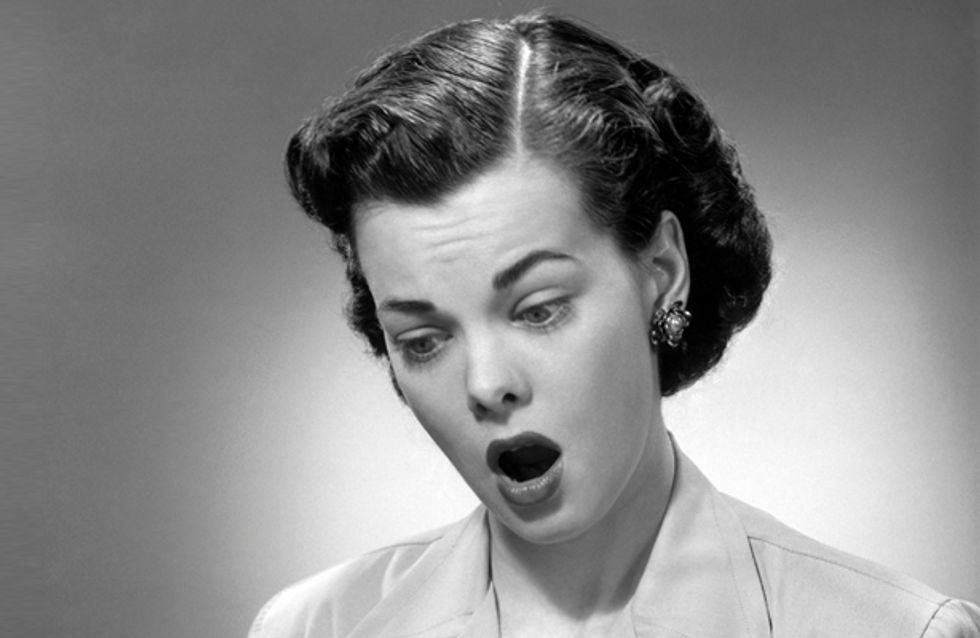 Before we get into the nitty gritty here’s a spoiler alert – we’re going to be talking, in detail, about swallowing stuff you wouldn't want your parents knowing about. So if you feel even slightly awkward about talking about sex, this isn’t the article for you. Anyone who’s accidentally clicked on this looking for the flight patterns of swallows or horse spits then it’s time to make a swift exit. Now let's get down to it…

It’s the question that's plagued women’s minds for centuries – when he finds his sweet release in your mouth do you a) spit it the hell out or b) close your eyes and swallow it down, imagining it as a spermy smoothie?

For a lot of people, this one’s no biggie but for others, the idea of chugging down a mouthful of warm man-juice has them reaching for the sick bucket, stat.

Really, there’s no right answer. Swallowing or not swallowing down your guy’s load is totally up to you, and if he objects to either, he’s a jerk. End of. However, making sure you don’t have to do anything you’re uncomfortable with at the same time as not offending anyone can be tricky. So here's our handy tricks and tips to get your head (and mouth) around the spit or swallow conundrum.

Basically, when your man has his magic moment in your mouth, just let it ‘sexily’ dribble out down your chin. Is it slightly gross? Maybe, but while he’s amazing over the sheer volume of his man load, you won’t have to ingest a thing – winner.

All you need to do is make is make it work for you and positioning is a biggie. Nothing will trigger that gag reflex more than if you’re mid deep-blow and he decides to surprise you with a quick spurt of semen. You can always have him finish himself off into your mouth as you lick it up from his head. If you’re into it this can be all kinds of hot.

However, let's face it - a slurp of sperm isn't always the most delicious thing. You can help him taste better with these clever tips. ​

But what do you guys really think...

We got some real life quotes from women and men who kinda wanted to stay anonymous...

He says: "I kind of wonder about all the comments that spitting would be "rude". I don't walk around under the impression that my ejaculation is the nectar of the gods and am not offended if someone doesn't enjoy the taste or the sensation of swallowing it. I don't think most other men are that insecure either. That said, swallowing is a very arousing visual."

She says: "​Swallow...spitting would be weird and awkward ...and where would I spit it? Also, spitting would feel a bit insulting. Like, 'oh, you got off, great, but I feel a tad bit repulsed now spit."

She says: "​Spitting: It's not sexy, but neither is puking over the side of the bed."

He says: ​"I'm always shocked when women I'm with like the taste--which I must say I have been pretty lucky about. I think this goes the same for women too, because every woman I've been with has been shocked that I like going down on them and even like the taste.We certainly all carry a vast array of conceptions, stereotypes, etc. about sex, eh?"

Feeling brave? Tell us what you think by tweeting at @sofeminineUK.

by Maria Bell
#Sexual pleasure
From hair ideas to outifts, look no further for your daily inspiration