This Woman's Vaginal Teeth Bit Off Her Boyfriend's Penis

by Helen Turnbull Published on 24 March 2017 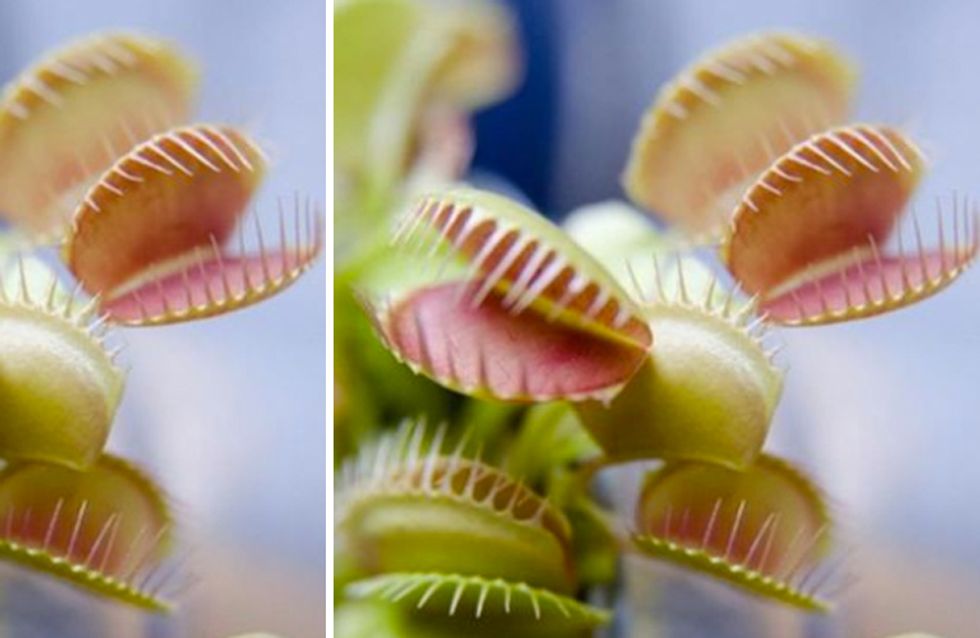 Sex can be nerve-wracking at the best of times but spare a thought for Theresa Bertram whose worst nightmare became a real-life horror story. The mum-of-one from Brighton and her partner were left covered in blood when her vagina 'grew teeth' and almost sliced off the end of his penis during an amorous love-making session. WARNING: this story is not for the faint-hearted. Eek!

The world isn't short of sex-disaster stories but I reckon this woman's trumps them all. To cut a long story short: Theresa Bertram's vagina grew teeth and bit off her boyfriend's penis. What actually happened is a terrible tale of medical surgery gone wrong and a real-life nightmare that'll haunt Theresa - whose since been forced into a life of celibacy - and her partner for the rest of their lives.

The mum-of-one was forced to be celibate for seven whole years due to a prolapsed bladder and stress incontinence after giving birth which left her unconfident in the bedroom and unable to have sex. After years of suffering she was thrilled to have an operation that she'd hope would change her life for the better but it couldn't have turned out more different. Her bladder was lifted using a plastic mesh sling - or transvaginal tape (TVT) to the medics among us - which significantly improved her sex life until disaster struck during one steamy session.

Theresa and her partner were enjoying a spot of harmless love-making when her vagina almost sliced the end of his penis clean off and the pair were left covered in blood. "It was like it had grown teeth," she told The Sun.

But it wasn't until six years later in 2015 when her vagina started leaking green puss and an equally unpleasant odour that doctors properly examined her and found the mesh had eroded through her vaginal wall, causing a septic abscess to grow, and it was that that was to blame for the horrific sexcapade. The mesh had shrank and hardened hence why "it felt like razor-sharp teeth, hence why it had ripped a chunk from my boyfriend’s willy".

Theresa and her partner avoided sex after the incident and subsequently split six months later. She has since been forced into a life of celibacy, telling the newspaper: "It could have killed me. I’m pleased the mesh is gone but it has left my body and my vagina a total mess.I wear padding all the time and sleep on incontinence sheets."

The controversial TVT procedure is banned in Scotland and people across the globe are calling for it to be struck off as thousands of patients have complained of complications following surgery.

Do you have any sex horror stories? Share them with us @soFeminineUK

by Helen Turnbull
For all the best videos, memes and shareable news!