17 Problems The Taken Girl Has On A Girls' Night Out

by Vivian KELLY Published on 21 January 2015 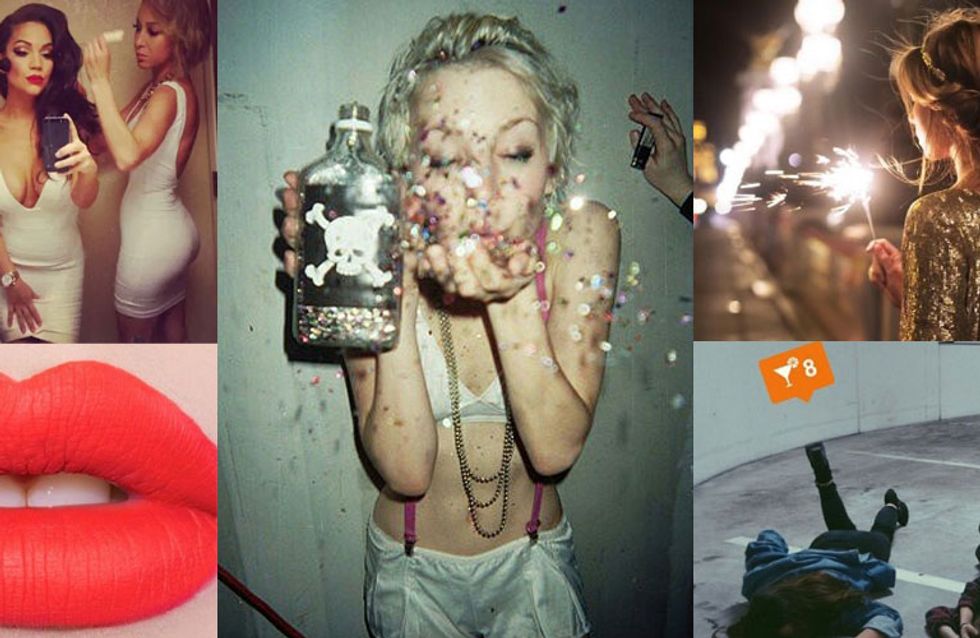 Feel like being the only one that's NOT single in your clique is the most frustrating thing ever? Especially on a night out? Us too. As the go-to wing woman and 24-hour agony aunt it's no surprise our single GF's cause us nothing but grief (not that they mean to!). Ladies, here are 17 taken girl problems every girl has to put up with on a girls' night out...

Basically, you're every single girl's b*tch. Every guy she fancies is now your new BFF for the night. The only problem is... his mate thinks you're single. #awkward

You're her only 'true friend' for the night. If she's had too much to drink, is being easy or can't even stand up you're the first one to come to her rescue. (Yep, we're the best.)

She ALWAYS asks you for dating advice. "Why hasn't he texted me yet? What if I see my ex there? OMG. What should I say?" Yep, you know the drill.

4. Being a loner for half the night

When you're on a night out with your girlies you know there's a 90 percent chance you're basically gonna get DITCHED. Such friends...

5. Being the automatic ‘bitch’ or the 'shy' one in the group

Just because you're not all over someone, every guy thinks you're either having a the worst night ever or are 'really shy', apparently.

6. Rowing with all the sleazy guys

It doesn't matter how scary THAT man looks, if your BFF needs assistance, you're going in. But not with out accusations of course. "Jealousy," "cock blocking?" Ah so wrong.

7. Watching your girls snog every fit man in sight...

...while you stand in a corner sipping away at your Gin & Tonic and trying not to look like a loser.

8. Being prepared to wipe away the tears

Admit it, you're always the first shoulder to cry on when your GF is having a 'moment'. Gin tears - move aside.

Yes, we're alone. Yes, we can hold a conversation BUT that doesn't mean we're single. Can you not see the gamma rays of hatred from my eyes? T'is necessary.

10. Wishing your girl would stop acting so man hungry for 5 minutes

11. Ending up at McDonalds for some post-party grub...

...and annoyingly having to talk to every drunken man that's trying it on with you and your bestie. Bed, I want you now.

12. Accepting a drink from a random bloke because you didn’t want to be rude...

13. Dancing with yourself most of the night and not giving a crap what anyone else thinks

...just kidding. Where the HELL is everyone? *text messages frantically*

14. Being less drunk than the others

The last thing your boyfriend wants to see is you coming home a hot mess. Besides, the hangovers aren't worth it anymore.

15. Never having the right thing to say

Looking super hostile never works so when we try to save a man's breathe with 'Sorry I have a BF' (i.e. the truth) they act as if they had no intentions. ‘I'm just being friendly’.

But if you tell him after he chats you up he instantly get defensive, ‘Why didn’t you say?’

16. Having to text your BF so he doesn't go MAD

Lets face it, our man freaks out just as much as we do when we don't bother checking in.

Leaving early sometimes because you cannot be ARSED with it all. Sorry, not sorry.

Crippled Feet & A Banging Head? Why Girls' Nights Out Are SO Overrated

16 Excuses Girls Use To Avoid Going Out

Outfit Changes And One Too Many Shots? 30 Stages Girls Go Through Before A Night Out

by Vivian KELLY
From hair ideas to outifts, look no further for your daily inspiration