Why Dating An Older Guy Is The Best 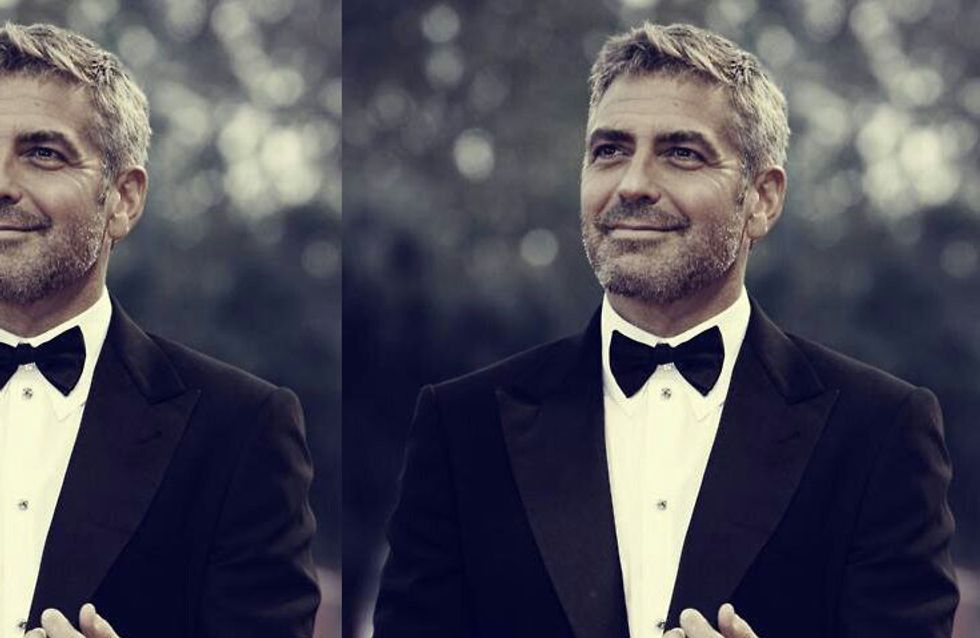 I cannot stress this enough: dating an older man really is amazing. It should be a rule that from your twenties onwards, every guy you ever date should be at least 5 years older than you. It just makes sense - it's when our maturity levels equal out. Like fine wine or an excellent cheese, men only get better with age.

There’s none of this "I’m going to Australia to find myself” business. He did that ten years ago. He found himself on the sun-drenched beaches of the Gold Coast. He saw waterfalls that changed him. He experienced a life-affirming skydive. Now he knows who he is. He knows what he likes and what he doesn't like. He knows what he wants in life and he's out to get it. He's easy but confident. Ambitious but comfortable. It's so hot, man. So hot.

Y’know, because of his maturity level. Which can be frustrating when all you want is a good shout about how angry you both are, rip each other's clothes off and then engage in equally shouty make-up sex. His aversion to childish arguments means it's likely he'll put a blanket right over that fire, and that's good, because in reality it's pretty unlikely that every argument is going to end in aggressive sex, and more likely to result in 2 days of sitting at opposite ends of the sofa not talking. He knows the best way to diffuse an argument and, when you've calmed down, you'll love him for it.

3. He takes the reins

He drives you to the restaurant. He pulls out your chair for you. Can’t decide what to eat? He’ll order something sophisticated and delicious for you. And he’ll say ‘the lady will have…’ with the cosmopolitan demeanour of an older gent.

4. He knows his stuff, if ya know what I mean

Sex with a fully formed adult is the tits. Honestly. He knows his stuff, and he's gonna give it to ya. There's none of this fumbling about business. He knows his way around a lady garden, shall we say. He's walked those paths, laid that turf, smelt those roses. Sex with an older man is like listening to any rap song and finally understanding what it all means. It's your first taste of sliced bread. It's listening to Beyonce for the first time. Sex, man. It's the real stuff.

5. He has hair in all the right places

He's at an age where he can grow a perfect beard without it being at all patchy. He's got chest hair, man. Not a couple of strays around the nips. An actual RUG. He's got hands that could tell a million stories; hands that look like they could easily make a boat out of a tree. Any tree. He can do it. Some call it a dad bod, we call it sexy.

6. Your family will love him

Unless, that is, you're 25 and he’s older than your actual dad. That can make dinner slightly awkward…

He's over the three day text rule. He's not got time for silly games, so if he likes you, he'll text you back when he sees your message, not until it's deemed socially acceptable to send back a one-worder. And if he's not into you, hopefully he won't even say it in a text and he'll let you know like a gentleman. Plus, you can look forward to a straight forward, legible message, none of this 'u' instead of 'you' or 'kewl' instead of 'cool'. (I mean, it's the same amount of letters in both, just use the one that doesn't make you sound like a dick!) He sends proper messages, where you know when he writes your name it's with gruff, grown-up authority and it's amazing.

8. He understands what chivalry means

They’re from a different time! I mean, depending on how old your fella is, this time may only be 1980, but at least he went through his teens without having his eyes glued to some form of social feed. (Hey, guy, my boobs are up here!) This ultimately means that their idea of romance isn't from the “Netflix and chill” era that we're currently balls-deep in, so you’re likely to get called by your name and not "bae", and "hanging out" means fancy cocktails and dinner, rather than House of Cards and half-arsed "hands stuff" in his parent’s attic where he lives until his student loan is paid off.

9. He knows what he wants

Men of a certain age, they just know stuff. And that’s hot. And even hotter than knowing just any old stuff, is knowing what they want. By the time a man reaches his thirties, he has been through the rigmarole of finding himself and finding what he likes, so by the time you reach him, he's already half way up that career ladder, ready to carry on to the top, pulling in those duckets hard and fast. There’s nothing hotter than ambition. It’s a confidence that only comes with life experience, whether that’s travelling the world, earning a lot of money or living through a massive shroom trip, it’s a depth that only comes with age. And that wisdom will make their eyes look all the more deep and beautiful.

10. His house is normally way better than yours

He's got ten years of savings on you! Which means, if it gets real serious, there will be no squabbling about whose flat to move into - I mean, he's got a fridge with an ice machine in the door! Send the white van man all the way to his mortgaged palace with your boxes, please!

Are you dating an older man? High five girlfriend! Come boast about it: @sofeminineUK

15 Reasons Why Men With Beards Are SO Much Better

​​​​​15 Reasons EVERY Girl Should Date An Australian Guy

by Pascale Day
#Men and sex
For all the best videos, memes and shareable news!