Been There, Done That! 10 Types Of Guys We've All Dated (But Really Shouldn't Have) 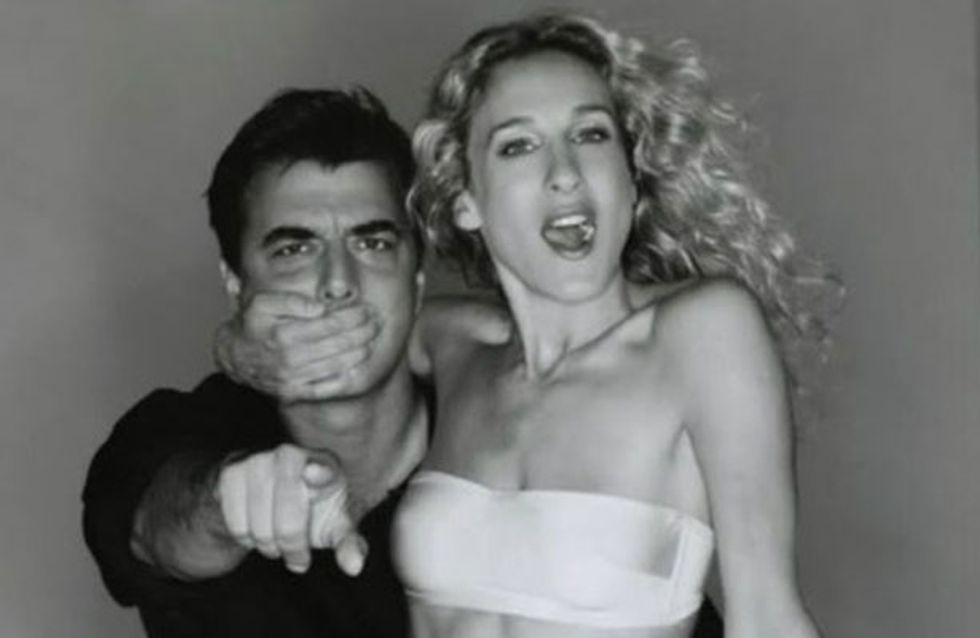 We've all dated the guy who's treated us badly, taken us for granted and ultimately broken our hearts. But don't let a crappy experience put a downer on your love life. You need to date Mr. Wrong to get to Mr. Right, remember? We're sure you'll find that at one time or another, you've come across these breeds of undatable men. Here are 10 types of guys we shouldn't have dated but probably did anyway...

From chilling out with the stoner to dining with the Alpha Male, to hanging with a basic b*tch, we've all been out with men that are, well, not so dateable.

​But there are things you can do to save yourself the heartache and precious time.

Cut to the chase and clue yourself in. Here are 10 types of guys we've all dated (but really shouldn't have). P.S. If you haven't already dated these type of guys, avoid them like the plague!

The picture-perfect guy that opens the door for you, pulls out your chair and buys you flowers on the regular. No girl can help but to fall in love fast with him. But as soon as you get into a relationship he wants out. A total heartbreaker. #dick

You admire his intelligence but his nerdy glasses and shy demeanour are what really turns you on. He seemed like quite the gentleman until things took a turn for the worse. When you went round to his place all you could notice was a wall full of action figures and his Pokemon bedding! Er, where’s the door?!

You both get on super well and enjoy each other's company. Only thing, is that he's been in love with you since year nine (and you’ve never given him a chance). Then when you finally did it was nothing but awkwardness and just felt PLAIN WRONG. Your lesson? Don't ever force it.

His confidence and smooth talk worked pretty damn well at first. He holds his court wherever he goes and never lets anything faze him. But after a few months his arrogance, stubbornness and misogynist attitude were all too much to put up with. This smooth talking bachelor is no good. Good-bye.

This is the guy that rambles on and on about work while calculating killjoy with his personal endeavours (Oh god *yawn*). You once felt inspired by his ambition and determination to do well, but when he started pitching his lame business ideas to you? No go!

He was LAZY as anything and had zero ambition, but for some (idiotic) reason you still gave him a chance. He was chilled, laid-back and somewhat spiritual which all seemed pretty cool - at the beginning. Then he’d call you everyday at 4pm saying he just got up. Yea, we'd rather forget him.

You sorta liked his bad boy image and somehow convinced yourself that you can roll with him and his 'ghetto fab' entourage. Thats is, until he started calling you his b*tch and demanding a ham sandwich. Oh and the constant reminders about his ‘life struggles’? Lets just say it didn't last long.

He seemed like a super sweet alternative to most guys. Thoughtful, sensitive and caring? And even up for cuddles? It seemed like a sweet deal until you began noticing the love triangle. With. His. Mum. Mama’s boys just can’t seem to draw the line.

He's the one that swept you off your feet with his sexy accent (Lei parla inglese?) and charming good looks. Then you realised there’s a bigger language barrier than you thought. Our weird British slang and idioms? He just didn’t get it. On the plus side you argued half as much.

Definitely one of your most ill advised dating choices. You fancied him DESPITE him wearing a worn out Adidas tracksuit and using a fake gold iPhone. What you failed to realise at the time is that meeting him outside McDonalds, smoking a cigarette and yelling to someone ‘what’s your problem’ wasn’t just him having a bad day, it was his idea of a good time.

The only type of guy we're after? The Keeper...