10 Reasons Why Carrie Should Have Chosen Aidan Over Mr Big

by Emmy Griffiths Published on 28 March 2014 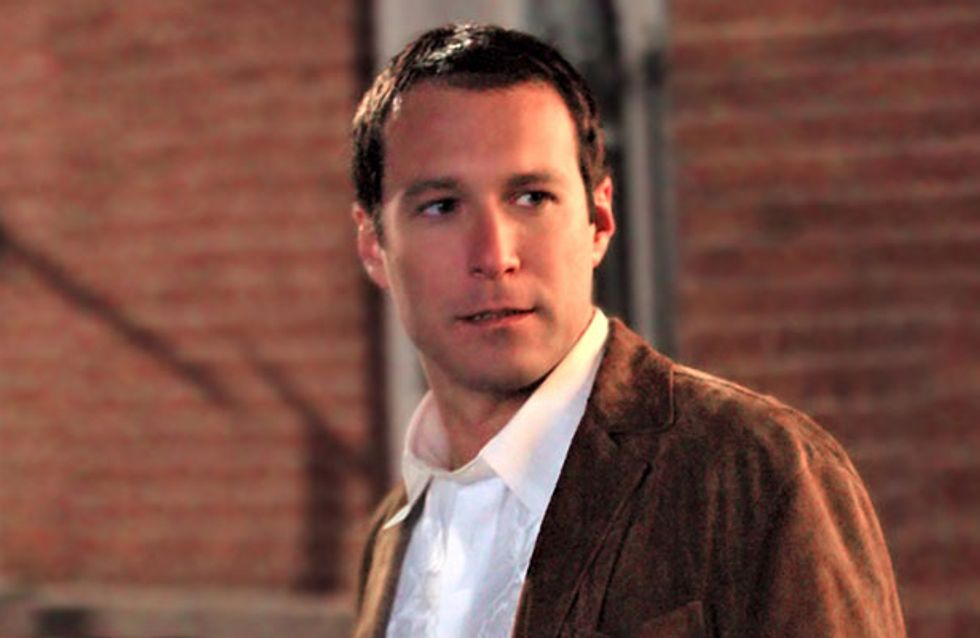 We know SATC ended happily ever after, but sometimes we get to thinking, wouldn't it have been great if Carrie ended up with Aidan over Big? Sure Big was The One but Aidan was The One That Got Away. We think she would have been so much better off if she'd just stuck with the furniture salesman with a heart of gold, here's why...

Aidan has beautiful eyes that look as though they can see into Carrie’s soul, a strong set of pearly whites and one charming smile. Plus his body is HOT. We get legitimately excited when do a naughty Aidan flashback.

On the other hand, Big is fighting a monobrow, a paunch and some serious frown lines. There’s a reason that he doesn’t smile much too, and that’s because his teeth need work.

2. Aidan helped Carrie’s friends in their hour of need

Aidan was such a BABE when he helped Miranda after she cricked her neck. Key quote: “snug as a bug in a rug”. Surely if Carrie saw this exchange she’d never speak to Big again, the fool of a girl!

The girls don’t like Big. They accept him on behalf of Carrie. Right up to the very end. End of discussion.

3. He was completely unpretentious

Aidan sold furniture for a living, had a pet dog, and was completely down-to-earth, which complemented Carrie’s overtly dramatic personality. They were ying and yang. They were perfect.

Big was self important and smug. For starters, he calls himself Mr Big. His real name is John James Preston for crying out loud!

When Aidan ran into her in Abu Dhabi, we were furious that no one has ever looked at us like that.

When Big sees her, his face simply does not light up in the same way, and that is unacceptable to us!

5. Aidan was a romantic

When Aidan and Carrie started dating, Carrie couldn’t get her head around Aidan simply walking her to her door and kissing her goodnight. Was she disgustingly unattractive? Was there something wrong with him? What was the problem?

Turned out he was a romantic who didn’t want to bed a lady on a first date. Oh Carrie.

We don’t blame her for being surprised though, especially since Mr Big is Aidan’s opposite. Romance wasn't exactly his forte.

6. Aidan was completely straightforward with his feelings

Aidan knew that he loved Carrie and he knew what he wanted out of their relationship. Carrie never had to work out what he was thinking because dammit, he told her.

Big was the king of dastardly and ambiguous actions regarding their relationship. One moment he's completely emotionally unavailable the next he's engaged to a 20-something girl in Paris. What a douche.

7. He is basically the utter opposite to Big (and that’s good)

Aidan was down-to-earth, Big was up in the clouds. Aidan would have made Carrie less of a diva and a slightly less hyperbolic New York girl who knew how to cook dinner. Big just allows her to swan about her apartment in red carpet couture and eat out every night. And while that does sound amazing Carrie could have learnt so much more from Aidan!

8. Aidan reacted to Carries infidelity LIKE A NORMAL PERSON WOULD

When Carrie cheats on Aidan (by having an affair with Big), he is heartbroken and ends their relationship, knowing that although he’d want to forgive her, he just wouldn’t be able to and it’d plague their relationship. Babe.

When Carrie cheats on Big (by having a cheeky snog with Aidan, atta girl), he presents her with a huge black diamond ring. As punishment. WHAT? Big, you’re an idiot.

9. Aidan and Carrie’s arguments were funny

When Aidan and Carrie argued, their fights were about Aidan breaking her Mac, or how Carrie’s shoe boxes took up most of the apartment.

When Big and Carrie argued, it was basically over how he was a terrible person and she didn't feel loved AT ALL.

10. All Aidan Wanted Was To Marry Carrie

Aidan wanted to marry Carrie, and she was too unsure to go for it, so instead she ended up with the guy who literally bailed out of their lavish wedding ceremony.

In conclusion? Carrie, you have made some colossal errors in your dating life. Sure you followed your heart, but Aidan - we don't know about you but we'll never get over him. If only he wasn’t fictional…

by Emmy Griffiths
For all the best videos, memes and shareable news!