Home / Love & Sex / Relationship Advice / When You're Not His Only Girlfriend: Dealing With Friends His Girl Mates

When You're Not His Only Girlfriend: Dealing With Friends His Girl Mates 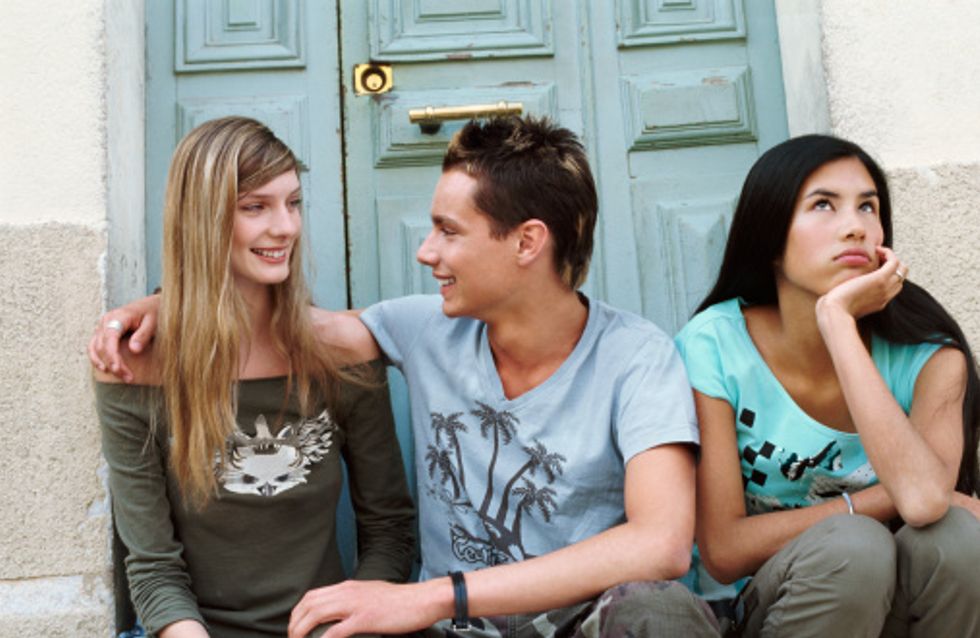 Let's face it, finding a good man can be hard. So when we do come across a catch, we women can sometimes get very territorial. We protect and defend our relationship with the strength of a 100 military forces, simply because we refuse to let anyone invade our love fort. At times, this can mean swearing off your man's female friends as the enemy. But this isn't always necessary.

We're sure many of you women have found themselves in this unfortunate predicament. You have an amazing, loving, and caring boyfriend. The one problem? He has way too many female friends. It's not that you're insecure or anything, you just don't like all those women hanging around your perfect guy. We get it. The question is, how do you deal with it?

There's no denying this is a tricky subject to tackle. Your best bet? Following these simple tips.

Get to know the basis of their friendship

Keep in mind not all female friends are the same (so please, stop referring to all of them as "that b*tch"). A friend he's had since kindergarten is not as potentially threatening as a friend he used to be intimate with. It's a pretty easy distinction to make, no?

What we're trying to say is, context is everything. When your guy has companions of the opposite sex that you're uncomfortable with, try to get to the core of their friendship. It's understandable if you take issue with him keeping in touch with an ex. But a friend who has never made a move on him or vice versa? It might be harder for him to empathize.

If you're uncomfortable, tell him

It can be difficult for men to cut off longstanding relationships with females simply because you "have a hunch" that woman is up to no good. But if you really feel uncomfortable with the situation, speak to him about it. Grant him complete access into your mindset so he can get a better understanding of where you're coming from.

We can't stress this enough: communication is KEY.

No matter how long they've been friends, there should always be boundaries. Simply put, there are some lines that should never be crossed. It's up to the both of you to sit down like grown and mature adults to discuss reasonable limits. Let him know the things you have zero tolerance for, and make sure they are properly addressed.

For example, if you think it's inappropriate for him to discuss personal matters you two share with her, make that a talking point. If you're uncomfortable with them hanging out alone at her house, tell him there will be no more play dates at her place. Draw the line somewhere.

As some wise person once said, "If you don't stand for something, you'll fall for anything."

We women hate being described as jealous. The truth is, sometimes that's exactly what we are. Spewing out bitter words that are completely unwarranted, won't help to build your case. It's best to take a five minute timeout to gather your thoughts and lower your body temperature.

When that's all accomplished, come back prepared for a sound discussion.

Get to know her

You know the saying, "keep your friends close and your enemies closer"? Yeah, do that. Sure it sounds a bit twisted. However, you might be surprised at how much you actually like her after throwing back a few shots of tequila and tag team twerking on the dance floor. That's how some of the most amazing friendships are forged. Hey, it happened to us!

Besides, getting closer to her gives you an inside man (err..woMAN?). She can help communicate things to him that are irking you that he can't figure out on his own. Also, she'll spill on things she thinks you should know. It sounds like a pretty sweet deal to us.

In essence, build bonds, not grudges.

Let him know there should be no secrets

One of the easiest ways to tarnish your relationship is to keep secrets. They should never be granted a place in your union. However, matters become considerably more sensitive when members of the opposite sex are involved.

If he insists on keeping a plethora of female friends, make sure he is being completely open and transparent about the nature of their companionship. If they are hanging out or speaking frequently, you should know. There shouldn't be any facet about their friendship you're not privy to. If it is 100% innocent, being upfront should never be a problem.

Oh no, not that! Anything but that!

Yup, sometimes you have to just let go and decide to have complete faith in your man. Relationships are worthless without trust. If you love him, do your best to invest in him. After discussing how you feel, and being reassured you that there's nothing to worry about, hold him to it. Believe us, if there's something you need to know, it will eventually come to light. That's the funny thing about the truth, it hates to be hidden.

If all else fails, burn his things and move on

Seriously, if your terms aren't met, and you're still very very uncomfortable with the situation, demand better for yourself, honey! You're worth it.

What are some of your tips for dealing with friends of the opposite sex? Tweet us @sofeminineUK!

by Cliche Wynter
For all the best videos, memes and shareable news!