Home / Love & Sex / Relationship Advice / The Friend Zone: How To Be 'Just Friends' With A Flirt

The Friend Zone: How To Be 'Just Friends' With A Flirt

by Stephanie Ashley Published on 11 April 2014 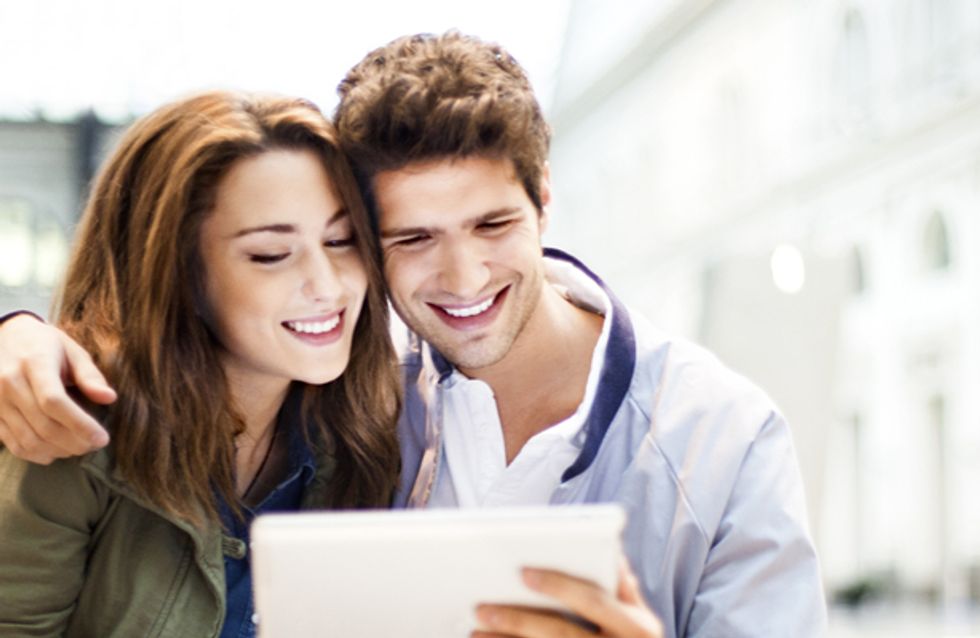 We all have those friends who are natural flirts but what if your friend is way too into you? Some people say men and women can't be just friends, but we can definitely try! If you're dealing with an overly amorous friend, here are a few tips to help put them firmly in the friend zone.

Sometimes, friends can be a bit too handsy or flirty, but when does it all change from joking to a problem? If your friend genuinely wants something more from your relationship, it may be time to stick them strictly in the friend zone.

Men, women and even some psychological studies say that there is no such thing as a man and a woman being just friends. Remember When Harry Met Sally? Well, prove them wrong by doing all you can to be a good friend and nothing more.

If you need a little help putting your flirty friend in their place, here are a few tips to take to heart. Time for some tough love!

1. Tell it to them straight.

Don't over-complicate things. In these situations, be straightforward and to the point. Don't let there be any room for misinterpretation. If you just want to be a friend, let them know. Hopefully, they'll take the hint and back off.

It's easy (and sometimes even funny) to make crude jokes with your pals, but your friend may be taking the jokes too far. Steer conversation clear of all things sexual to avoid what could become a seriously awkward conversation.

Touching is crucial to flirting, but what about innocent hugs? Body language is an important part of communicating how you feel about your friend. Don't inadvertently touch their leg or shoulder when talking; they could take that as a sign that you feel the same way they do.

4. Your clothes stay ON.

If the friend you're thinking of is a girl, this tip is easy to forget. You're both getting ready for a night out on the town, and you strip down to change into your nighttime outfit. If she's thinking of you in a more-than-friendly way, maybe it's time to take the wardrobe changes into the bathroom.

Share time with your entire friend group and don't let that one person monopolize you. Go out to dinner with someone else (without your flirty friend tagging along). It will help show your friend that they aren't the center of your universe and that you shouldn't be the center of theirs.

Just as you have other friends, so does your flirty friend. Don't jump up and say "Yes!" every time they ask you to go out. Sure, they're fun to hang out with, but you need to try averting their attention away from you and towards the rest of their social life.

When introducing your friend to others, say just that. FRIEND. Not, "It's complicated" or some other BS phrase. If all you're feeling are platonic friendship vibes, that's how it is. And when speaking to said friend about your relationship, keep bringing it home that the two of you are just friends. They'll get the picture.

For those of us who aren't natural introverts, we can be tempted to call up our closest pal when confronted with too much alone time. When in doubt, it's probably better to stick with your Netflix than give your friend false hopes.

Never, EVER, under any circumstances, let your friend sleep over, and don't you go dozing off on their couch either! There should be no question that it's your space (singular) not your space (plural). Not to mention, why invite an awkward nighttime situation?

If you're open to dating (just not dating your friend), try going on a couple of casual dates. Don't go out of your way to rub your dating status in your friend's face, but let them know that you are seeing people.

Did we mention that sometimes nighttime brings out the awkward? When you're needing a little encouragement (ahem, drunk texts?), don't go calling on your flirty friend for a pick-me-up. Likewise, don't text back if they decide to ask what you're doing at 2 a.m. As far as you're concerned, that's none of their business.

We admit it: most women love being flirted with. In our darkest moments, it means at least SOMEONE is attracted to us. But flirting with your friend, even casually, can give them the wrong impression. Don't ignore your friend, by any means, but don't return those extra touches or looks.

With alcohol comes many lowered inhibitions. Perhaps you should just avoid the temptation and potential mess that could come from you, your friend and a bottle of wine.

If something went wrong with one of those dates you went on, you probably shouldn't ask your flirty friend about it. Don't pour salt in the wound, especially when your friend is probably thinking, "I'd be so much better for you!"

15. Bring a bunch of friends along.

There really is safety in numbers! For your next outing, bring a bunch of your mutual friends along. Keep both you and your flirty friend's attention focused elsewhere, on all your other friends.

Some of these tips can sound harsh, but you don't have to completely alienate your friend to get the point across. Let them know how much you value their friendship (note, friend), and that you'd like to remain as close as you can.

17. Seriously think about it.

If you haven't up to this point, sit yourself down and give your friend some serious thought. If you're so close to them, is there any real reason not to give dating a chance?

If you truly can't see yourself as anything more than platonic with them, think about their situation. Have they been getting the point, or do they still want more from your relationship? Are you willing to sacrifice a friendship over this?

In any relationship, when two people want completely different things and can't be swayed from their course, a split is unfortunately on the horizon. If your friend wants more from you than friendship and is not willing to back down, it may be time to cut them loose. Then they can go off to find someone who wants them as much as they wanted you.

Any other tips on dealing with a flirty friend? Tweet us @sofeminineUK

by Stephanie Ashley
For all the best videos, memes and shareable news!