by Pascale Day Published on 2 November 2009 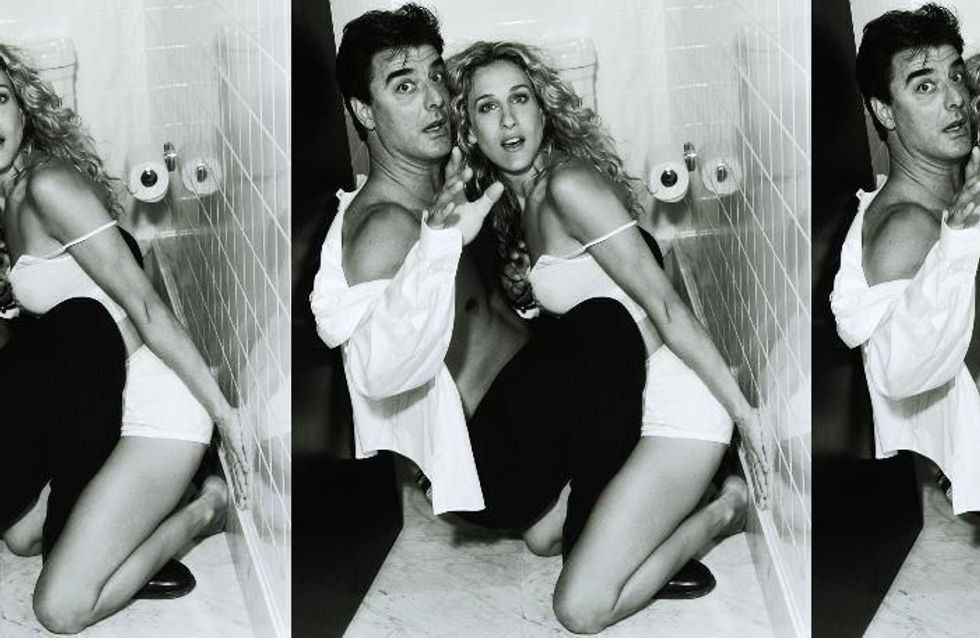 Oh man, young love. It’s all heart eyes and sweaty palms. Butterflies and hair touching. Falling asleep in each other’s arms. Kissing selfies. Sharing fries. Annoying all your friends. Snogging. Snogging at inappropriate times. More snogging - until wham, it gets old. And more so now than ever before, it gets old fast. So what's the secret to maintaining a relationship these days? We find out.

It's hard not be cynical when it comes to the longevity of millennial relationships. Time Magazine reports 43% of millennials would support a marriage model that involved a two year trial. The Office for National Statistics state that 42% of marriages in England and Wales end in divorce and according to GlobalWebIndex, 30% of surveyed Tinder users are already married… We exist in an age that puts virtual interaction over physical ones, that allows us to vet our relationships before they've even happened. We can arrange no-strings hookups at the swipe of a screen. We can cheat without even touching another human being. Good, old fashioned love doesn't stand a chance, right?

WRONG. We mean, it's unavoidable that your boyfriend isn’t going to think it’s cute to let you sit on his lap whilst he tries to play Call Of Duty forever. But when that time comes, it doesn’t mean your love is over. Don't be cynical, be realistic. It just means you’ve moved into a different stage of your relationship - the one where you let him brush his teeth whilst you go for a wee, and you stop putting on make up really early in the morning before sneaking back to bed.

This isn’t the end, it’s evolution. ​You’re moving past passion into comfort and it’s awesome. Sweatpants ahoy! But in case you’re worried, here’s the best ways to keep your love alive.

1. Don't freak about the flaws

So you’ve gone round and told all your friends that's he’s perfect, and now you've discovered he’s a sloppy eater, or a messy houseguest. Now what?!​​

​Problem is, there's a rather unsightly pair of rose-tinted glasses that are permanently attached to your face in those first few insatiable months of dating (you know, the ones that made it ok that you stepped into dog poop on the way to work this morning because “John kissed me last night!!!”).

​You saw the gorgeous, intelligent, attentive side, the side that's not afraid to show strong emotions or - swoon - cry. And now you’re starting to see another side of him. Now he cries at everything. Well he’s only human. Nobody’s perfect, lady. You need to embrace his flaws just as he has probably embraced yours. eHarmony expert Jemima Wade tells us that for your partner to open up and show the real them is a huge part of them showing their trust in you, so be grateful for it, so you can either offer to help them - if that's what they want, of course - or accept them the way they are.

​He might be messy, but he thinks you’re a clean freak. See, it goes both ways! Jemima says that the key to happiness is compatibility, and it comes down to the two of you sharing core values, beliefs and characteristics. So yeah, maybe you don’t agree on the washing up, but your relationship is so much more than that. Our flaws are what makes us different, so hold them close, celebrate them, and perhaps you'll even work out a system in which your flaws come together to make a super strength.

Hold on - so you’ve been together two weeks and now you’re engaged?! Girl, back up! You may think he’s the one, and he might well be, but don’t go planning your future after your second date just because you both like the same pizza toppings.

A recent eHarmony study showed that there's five stages to love: Butterflies, Building, Assimilation, Honesty and Stability. Each stage has a clean impact on your and you relationship, so savour each one. You can’t build a house by putting the roof on first - there's foundations to be laid! You need to start at stage one and work your way up. If you really really like each other, there's no need to lock that shit down ASAP. Contrary to popular belief, love does wait, for every man. (Take THAT Al Johnson!) So calm down. The future can stay there, so just enjoy being in the now. Take it slow, enjoy each day as it comes and savour being in each other’s company. If you can do that now the there will be plenty to look forward to in the future.

​On the surface you look like you're enjoying a nice meal: holding hands across the table, gazing lovingly at each other as candlelight flickers across your adoring faces. But inside, in the deepest, darkest recesses of your mind, you clocked him glance inconsequentially at a girl heading to the toilet about half an hour ago, and now your brain is on lockdown with questions like “does he really love me?” and “oh god, she has better legs than me, does he think she’s got better legs than me?”

​​Our advice? Don’t get bogged down with all that nonsense. Stop worrying about things that don't matter. He’s with you, so just enjoy it, instead of fretting about your relationship or yourself. Take comfort in knowing that he wouldn’t be there if he didn’t want to be. Insecurities can break relationships so easily. Have confidence in yourself as well as him and your relationship will go far.

Don’t go all Gone Girl on his ass. 'Cool girl' is but a myth, so be just yourself. Remember earlier, when we talked about embracing his flaws? Well, you’re going to have some too, and that’s ok. So don’t try and act like the perfect girlfriend and just act like you. All the time. Then you'll know that he fell in love with who you actually are, rather than the girl who is 'fine' with picking up his old beer cans and 'loves' watching old WWE reruns on a Sunday. And the honesty needs to continue: as Jemima notes, you must be upfront about things like having kids or relocating. I mean, by all means keep it to yourself on the first date, don't feel the need to shout "KIDS! AND LOTS OF THEM!" when he asks what you want - it's likely he means from the menu.

5. Make time for each other, and remember to take a breather every once in a while

Don’t forget about all of your relationships outside of your current relationship - make sure you don’t neglect your friends, family, social life or job for this guy. When you abandon all your contacts to the outside world, that’s the point at which a relationship becomes too intense and unhealthy. Have a couple of nights a week where you leave the ol’ ball-and-chain in front of the TV, and you’ll go home feeling refreshed.

​Remember that the rest of the world exists outside the two of you, so interact with it on occasion. And as Jemima says, whilst important that you don't "compromise your independence, or change who you are," but make sure you make enough time for both sides of your life: make sure you and your love have a monthly date night, or regular weekends away to keep the spark alive and make each other feel special.

What's your secret to making love last? Tweet us: @sofeminineUK

This article was written by Pascale. Follow her here: @Pas__

Long-Distance Marriages Are 100% Sustainable & Better for Your Health​​