Home / Love & Sex / Relationship Advice / Commitment? Respect? 9 Things We Learned From The One That Got Away

Commitment? Respect? 9 Things We Learned From The One That Got Away 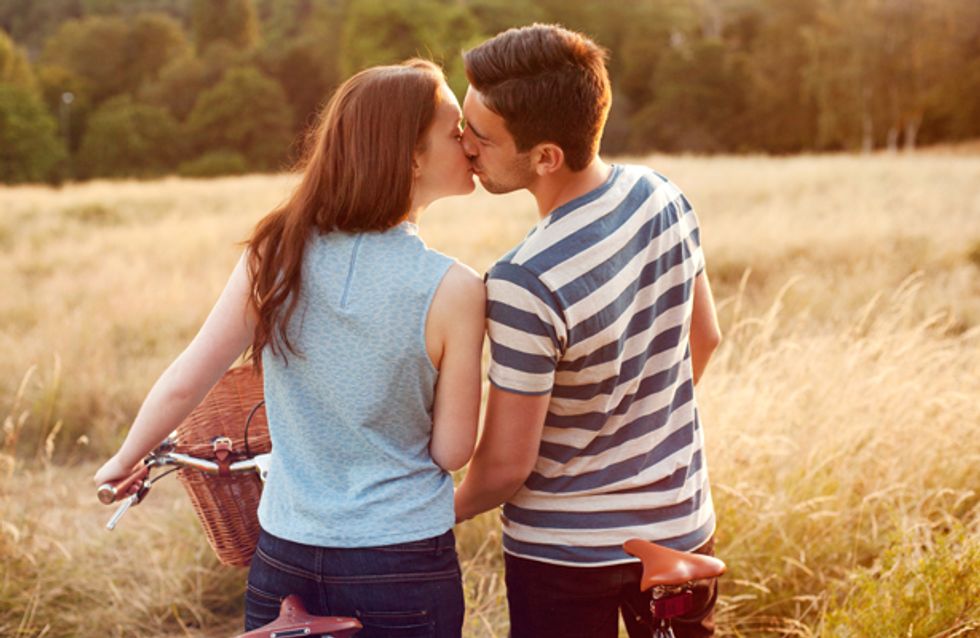 When we realise we let an amazing person walk out of our lives, coping can become almost impossible. It's absolutely gut-wrenching. But with all the pain considered, it's important to remember that there's always something to gain. Here's what we learned from the one that got away.

The heartache we endure post break-up can be inexplicable. We go from being madly in love with someone one day, to being total strangers the next. It sucks. Yet, for most people, life not only goes on, it goes on to greener pastures.

But what happens when that's not the case? What happens the moment you realise your ex is quite possibly the love of your life, and they're already gone for good? What then?

It's a feeling of loss that intensifies as soon as we realise we've let an amazing person slip through our fingers. It hurts so bad, we can only sum the emotions up with Jazmine Sullivan's words,"Why do we love love, when love seems to hate us?" More times than not, THAT'S the million dollar question.

However, we refuse to sit around in sadness and not gain anything from our romantic setbacks. Here's what we learned from the one we let get away.

Being genuinely loved and cared for feels amazing

It sounds like common sense and second nature, right? WRONG. Unfortunately, not everyone is equipped to love a person thoroughly and deeply. But those that are? Man, oh, man, are they a gem.

Being with someone that not only takes your feelings into consideration, but constantly shows you how much they love and care for you is simply amazing.

If you've taken that for granted and have gone on to experience love that wasn't quite as fulfilling, just remember that feeling and never settle for anything less.

Appreciate them at ALL times

Spectacular partners are so hard to come by, you'd think we would cherish the one we found at all costs. But that's just not the reality.

We have to admit it, we've been guilty of not appreciating some awesome people in the past. We now regret it. Lesson learned: never take someone's kindness for weakness.

...it should be given freely.

There shouldn't be an instance where you're literally begging for someone to not only speak to you with respect, but to also SHOW you respect. Someone who is genuinely in love with you will offer that without you ever having to hint at it.

It's only unfortunate we realised this after letting a great man go. Yup, it hit us like a ton of bricks a couple unhealthy relationships, three bottles of tequila, and eight buckets of ice cream later. Pardon us while we puke.

How foolish we were to underestimate how priceless a supportive partner can be. Someone that is there to cheer you on, wipe your tears when you doubt your self most, and is your biggest supporter is beyond golden. They are able to see things in you that you're unable to see in yourself, ultimately lifting you up to higher peaks.

Anyone else who doesn't fit the bill just isn't worth it.

You might want to grab a seat and an inhaler for this next one.

There are men out there who aren't cheaters and liars. We know, we know, it's hard to believe. But yes, there are men that are everything you have ever dreamed of and more. You have to open your eyes and take notice while they're still in your life. The moment you let them go, rest assured someone else WILL snatch them up.

One woman's ex, is another woman's husband.

Yep, they sure do. They're capable of being hurt, feeling sad and (gasp!) crying. It's rare, very rare, but it happens.

If you treat your man like he's void of emotion, how do you expect to have a successful relationship? He'll never be able to get his thoughts across and have them be respected.

It's important to remember you BOTH have feelings. He will be disappointed and let down by you at times and vice versa. You just have to be woman enough to take notice and own up to it.

When he cares, you won't have to beg for a title

Waiting to be someone's girlfriend shouldn't be a guessing game. If you're having a hard time being dubbed his official girl now, imagine the road to becoming his wife. Ha! Good luck with that.

We've waited around so long for some men to come around, we're ashamed to share.

That's only part of the reason we hate the fact we let Mr. Wonderful walk out of our lives. He couldn't wait to shout it from the rooftops that we were an item. Those were the good ol' days.

It's great having fun together

Not having to rely on outside people to make each other happy is absolutely priceless. Imagine being able to go anywhere and EVERYWHERE with your boyfriend and always having a great time. How? Because he's just the type of guy that can adapt to every situation and make the best of it. AHHHHMAZZZING.

You two can look great on paper...

...but still not work out. You get so caught up in all the things that say you're great for each other, that you miss the fact that you two don't work well together in real life. It's not that he's a horrible person, or that you're unreasonable. It's simply that you two weren't meant to be.

Yet, it still doesn't stop you from WISHING you two could live happily ever after but if it's just not there, you can never force it to be.

Is there an ex you wish you still had in your life? What makes him "the one that got away"? Share your story by tweeting us @sofeminineUK!

The X Rated
by the editorial team