by Carla Cain Walther Published on 1 May 2014 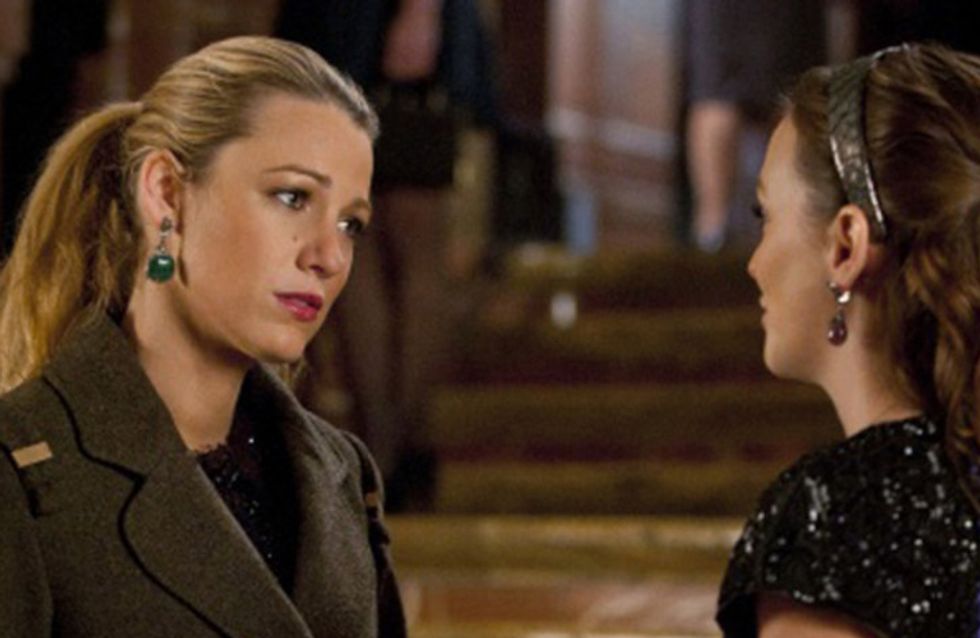 Your closest friend is more than just a friend - she's free therapy, a Personal Stylist, a Professional Complimenter, the shoulder you snot on when you're crazy upset, a sis from another Ms, and, sometimes, THE MOST ANNOYING PERSON YOU WILL EVER KNOW.

Did you know that having a best friend means you're in a serious relationship? Don't argue - it's true! Do you text or Snapchat her every ten minutes, conduct weekly debriefs about Saturday night's regrets over a boozy brunch for two, have a designated "side" on her bed because you sleep over so much, and love her mum nearly as much as yours? Just face it already. She's your platonic life partner (although you HAVE made out before

If you're lucky enough to have a Ride or Die chick in your life, then you understand that the beauty of a bestie is that someone loves you completely despite all of your flaws and vice versa.

She might be a yoga nut but she knows she can't force you to one of those ass-kicking classes (especially when you've told her that moving a doughnut from the plate to your mouth is your preferred form of exercise). She throws serious side-eye at anyone who gawks at your rainbow-colored tresses, and creates a protective barrier around you at the bar when creep guys try to rub their junk all over you, i.e. ask to "dance."

Buuuut like all relationships, there has probably come a time when her little habits started to become huge annoyances, and you had to remind yourself that murder is illegal.

1. When she abandons you to flirt with someone

Has she ever dragged you to a party where you didn't know anyone so she could talk to her work crush outside the office? That didn't grind your gears. You were kind of excited to meet new people while she flirted with Mr. Account Executive.

​Then an hour went by and you were still stuck in a mind-numbing conversation on net neutrality or some other techy drama. To make matters worse, every time you tried to get your BFF's attention she waved you away.

Sometimes flirting requires total focus, but not if it's going to waste your entire night.

2. When she bails on plans at the last minute

You're at the bar trying not to finish your margarita before your BFF arrives when:

3. When she complains about the same thing OVER and OVER but doesn't take your advice

Soon you learn how to tune her out while still looking interested.

4. When she "accidentally" cops your style

She's your BFF. That means her tastes probably overlap with yours, but sometimes you catch her checking the tags on your clothes and then two days later she's rockin' your fave cardigan sweater from Zara. And that skirt you bought two months ago from Urban Outfitters. And the Nike sneaks you couldn't stop raving about. Stop already!

5. When she gives unsolicited advice about your appearance

So you're tryin' out that orange lippy trend. You're not totally sure about it but no one's saying otherwise until you have lunch with your BFF.

She gives you the once-over, raises her eyebrows, and then tells you red lipstick suits you best.

6. When she doesn't return IOUs

She conveniently can't remember all the drinks you bought her last week on a "You Get Me Back Later" basis.

7. When she doesn't follow through on big vacation plans

One night you stay up together and outline the ideal road trip along the French coast. You ask her not once but twice if she'd be down to go that summer and she says, "Yes, of course!"

Fast forward three months: the minute you start pulling up rental car websites and sending her great deals on hotels, she balks.

8. When she suddenly likes the same guy you do

And then you both have to promise not to pursue him because best friend > a guy. Always.

9. When she doesn't respect your Me Time

You're down to make her breakfast after a sleep over, but when 2:30 rolls around and she's still chilling on your couch - even though you've reminded her about wanting to clean your apartment and needing to run some errands later - you go full psycho and kick her out.

10. When she insists on setting you up with someone you'd NEVER go for

How many times do you have to tell her blonde, blue-eyed, and douchey is not your type and NEVER will be?!?

11. When she tells your mum your secrets

And then you have to have an awkward convo with your mum about where you actually lost your virginity...

12. When she gets all weird and passive aggressive about cool things you're doing

It's hard to tell her you got a sweet internship at Elle when she's workin' the admin desk at the town pool. No worries! She'll come around and be happy for you in due time because she truly only wants the best for you.

13. When she doesn't return your clothes

Sorry, girl. That cashmere sweater is hers now.

14. When she returns your clothes with stains

Red wine? Ketchup? Pasta sauce? She might as well have kept it!

After 30 minutes, reading your phone at the restaurant and insisting to the waiter that your friend is coming soon starts to get all kinds of boring/annoying.

16. When she thinks her BFF status exempts her from your apartment rules

You love her to pieces but that doesn't mean she gets to put her grimy ass shoes on your chair.

17. When she won't take down that DISGUSTING picture of you on Facebook

She thinks it's funny. You think it's serious beaver-block. Time to give her the cold shoulder until she removes it.

18. When she doesn't apologize for her drunken antics

Your BFF's with her because she can let loose and drop it low.

​But when she's had a few too many and begins treating you like a human punching bag or shouting at you in the middle of the party with belligerent mascara tears running down her face, you can't staaaaand when she "doesn't remember what happened" the next day and doesn't want you to fill her in either.

19. When she texts you stupid, random shit that doesn't matter

You really, really don't care that she found a fly in her soup or that her poop was a tad bit green that morning or that she saw her old teacher at the gym but didn't say hi. Like, you reallllly don't care.

20. When she treats your fridge like her personal food bank

Sure she can help herself to whatever you have until she chows down on the Gu chocolate mousses you were dreaming about the night before.

21. When she pretends to be an expert in something and you know it's total bullshit

Just because she got sucked into a Wikipedia hole on free market economics does not make her the next Thomas Friedman.

22. When she only has good things to say about your stupid ex

You just want her to SHUT UPPPP and stop telling you how funny your ex was and asking if you'd give it another go. UGH!

23. When she worries about other friends becoming closer to you than her

At first it's kinda cute to see your BFF fret about other friends taking her spot. You know it won't happen but then she gets kidnapped by the jealous green monster and starts going a little berserk and asks why you even like them anyway.

Soon you sit her down to tell her to cut the ish and that she'll always be your #1.

So your main gal starts launching into the story about the night you guys got caught sippin on "water" at your high school dance. You remember simply being sent home, but suddenly the story changes into you two getting hauled in by the police and sitting in the drunk tank for eighteen hours. Eek.

​You could say something but you're not about to blow up her spot in front of a crowd that's hanging off her every word.

You don't shame her loving Miley Cyrus' new image, but you do give her grief for suddenly wearing pigtail buns and flashing her tongue in every single photo.

26. When she takes FOREVER to forgive you for something silly

Alright, you did something stupid like purposefully ignored her texts while you were out with friends that you know she doesn't like. Fine - she can throw a teensy tiny fit that should last approximately one day - not a week!!

27. When she's super hyper and excited about the weekend and you're just...not

No matter how many times she tells that you once you leave your couch and get to the bar, you'll have tons of fun... It ain't gonna work. You've parked it on your Ikea Karlstad for AT LEAST six hours.

28. When she doesn't realize she's spent the whole dinner talking about herself

It's not until the waiter puts down the bill that she finally asks how things are going with you!

29. When she doesn't eat the baked goods you guys make because she's on another diet

You don't understand why she wasted two hours of her life making brownies with you only to refuse the gooey, crispy, chocolatey creation in the end, but it royally pisses you off that you have to now stuff your face with a 9 x12 pan fudge-y brownies all by yourself.

30. When she gossips ALL THE TIME

You get it. Shit talking is a shameful but normal part of life. However, you don't need your BFF to give you the 411 on what happened to that girl from high school every time you hang out. There are much better things to chat about!

31. When she can't make a decision about anything...

If your friend is guilty of a lot or all of these things, don't freak out! Share this list with her and she'll probably find ten you're guilty of too!

How does your best friend annoy you? Tweet us @sofeminineUK

by Carla Cain Walther
For all the best videos, memes and shareable news!