20 Signs It's Time To Drop That Man-Child 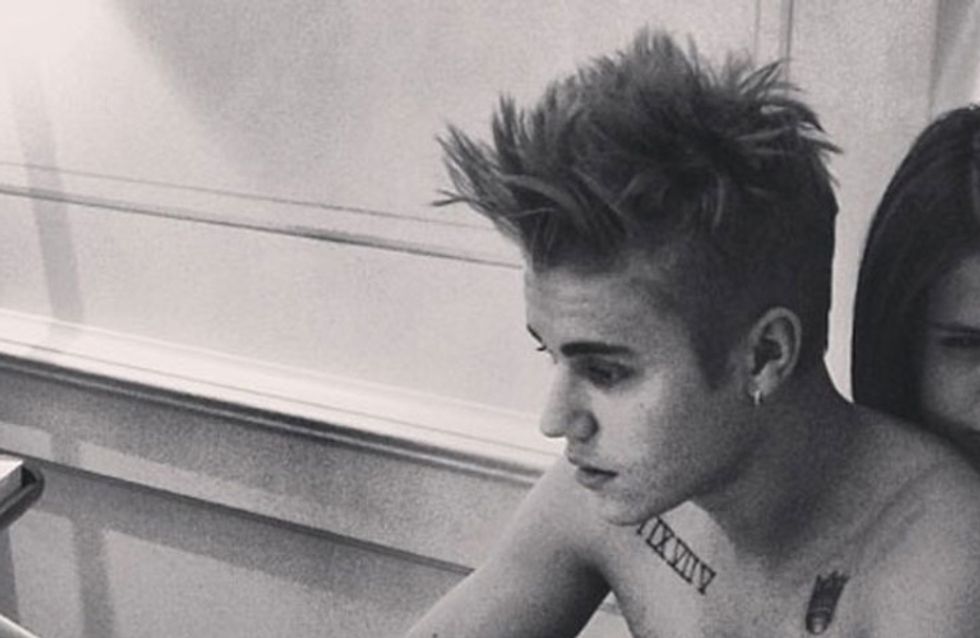 During the honeymoon stage, it can be easy to let little things go because he seems pretty much perfect...but just give it a few months. If he is still the great guy you thought he was - congratulations, you've found yourself a keeper! But if he's not, then it might be time to let him go Here's the ultimate man-child checklist for signs he needs to go.

Not washing is a sign of not caring about himself or what you think of him. A smelly guy isn't pleasant to be around, let alone sleep next to or kiss. Ew.

2. He doesn't pay for ANYTHING anymore.

We're not saying he has to pay for everything, but your man shouldn't rely on you to fit the bill for dinner, booze, movies, and trips EVERY time. A woman has to be treated.

3. He's stopped caring about what you say.

If he's constantly asking you "What? "Say that again!" then he clearly isn't paying attention to you like a good boyfriend should.

4. He still checks and updates his Tinder and OkCupid.

Don't believe the "I'm just looking for new friends!" excuse. He's looking for something more than friends. Tell him to quit the hook-up apps or you're quitting him.

Is he always broke because he spent his last pennies on a new pack of cigs? Or is he constantly throwing parties at your place and only invites his bro friends? When his bad habits become more important to him than you...well, you're dating someone who probably isn't mature enough to be with you.

6. He refuses to try anything new with you.

Keeping a relationship fresh and exciting means trying new things together. Netflix nights are fun but not when he's OK with doing it every single Friday night.

7. He "likes" way too many Instagram pics of other girls.

This is a no-brainer. Of course, he can think other girls are attractive but he shouldn't be acting like a desperate, single guy on social media. It's not a good look for him OR you!

8. He's stopped asking about your day.

Your boyfriend is the person you want to vent to about a gossipy coworker or share good news about a project going well but if you come home feeling like he'd rather watch Match Of The Day over hearing about your day, rethink your relationship.

9. He can't remember your friends' names or what they do.

He should want to get to know the people who raised you and build friendships with your siblings. If it seems like a chore to him then he hasn't quite grown up yet.

11. He doesn't respond to text or calls for long periods of time...

And when he does get back to you, he has no excuse for why he didn't pick up. Giving your man some space is expected in a relationship, but don't let him take advantage of that by going MIA for hours and days without a reasonable explanation.

Who cares if that fashion blogger wore the best jean cutoffs he's ever seen? Comparing you to other women, even if it's ones he'll never meet, is unacceptable.

13. He doesn't care that he forgot your birthday.

Forgetting birthdays does happen, but if he doesn't feel guilty or mocks your hurt feelings it won't be so easy to forgive him.

14. He doesn't respect your personal belongings.

Does he take your car out for longer than he said he would? Does he drop food on your precious Macbook and not clean it up? If he does all these things without apologising, you've got a man-child on your hands.

Jealousy is a scary thing. It can ruin a relationship, so if he repeatedly tells you to stop talking to your guy friends or picks a fight with every man who looks your way, consider how that kind of controlling behaviour will cause tension in the future.

16. His phone is permanently attached to his hand.

Quality time doesn't mean he whispers sweet nothings to you in between checking Facebook, making plans with friends, and browsing through Reddit. Your guy should always give you his full attention or you can give yours to someone else.

17. He plays videogames every free chance he gets.

Video games are cool. We're not hating on them - we promise! If it's his favourite way to unwind, that's great and we respect that. But if he likes to unwind every evening and every weekend with Grand Theft Auto something is seriously wrong.

18. He complains all the damn time.

Complaining about things you can't change is really unattractive. If your man just can't stop pointing out what sucks about a person or an activity then you should tell him to grow up or you'll kick him to the curb.

A guy should want to kiss and love your entire body, especially if you make sure he knows how attracted you are to him. You shouldn't always expect him to go down on you every time you give him a BJ, but it's not fair if he's completely stopped giving your other lips some lovin'. It's all about give and take!

If your man can't handle a grown up conversation about the things that are bothering you then he's mentally checked out of the relationship and it's time you do the same. Communication is a non-negotiable requirement for being with someone. His unwillingness to sit down and talk things out should be the last straw.

So is your boyfriend a man-child? Do you need to vent about it to us? Tweet us @sofeminineUK

by Carla Cain Walther
For all the best videos, memes and shareable news!