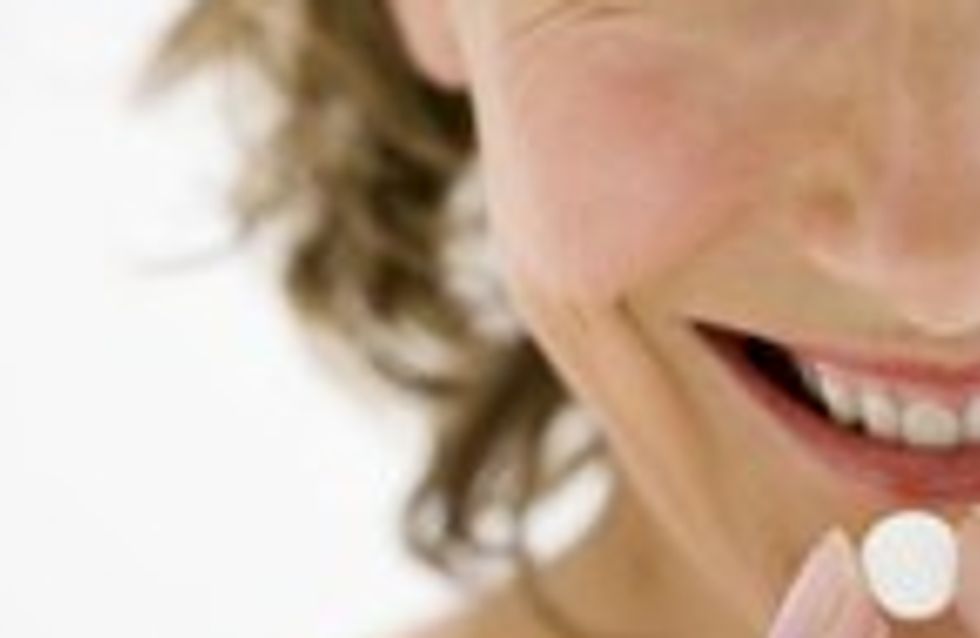 The pill is a very reliable method of contraception, and even though you have to remember to take it every day, it’s the most popular contraceptive in the UK.

The pill is a very reliable method of contraception, and even though you have to remember to take it every day, it’s the most popular contraceptive in the UK.

A hormonal contraceptive
The Pill made its first appearance in the UK in the early 1960s. It's taken orally in the form of a tablet. Its composition of female hormones prevents ovulation, so you’re not fertile when you’re on the Pill. It's only available on prescription and is the most used method of contraception in the UK. When used correctly, it’s 99.5% reliable.

Taking the Pill
Each pack contains 21 pills. You should start taking them on the first day of your period and then take one pill every day at a fixed time until you finish the pack. When the pack is finished, your period will return. Start the next pack 7 days after stopping. This establishes a regular routine of 3 weeks on and 1 week off. Of course, for the contraception to be efficient you need to not only remember it, but take it on time!
You can also get hold of “ED” (every day) packs that contain 28 pills: 21 normal ones and 7 “dummy” ones. You take the dummy tablets during the week of your period so you don’t break the habit of taking tablets at a regular time each day.

Different types of Pill
There are two types of Pill available.
- The combined or classic Pill: this Pill contains a combination of two types of hormone: oestrogen and progestogen. The dosage of the two hormones varies according to the pill prescribed. The pills that are best tolerated are those that are low in oestrogen, as this hormone can cause many side effects.
- The mini-Pill or progestogen-only Pill: this Pill contains progestogen only. It’s often prescribed to women at risk of strokes, heart disease, high blood pressure or blood clotting.

If you forget to take a pill
- If it’s within 12 hours of the time you should have taken it: take the forgotten pill straight away and continue taking the rest as usual.
- If it’s more than 12 hours since you should have taken it: take the forgotten pill and the morning-after pill plus use a condom until the end of your cycle.
Note that the mini-Pill and some combined Pills are ineffective even if you’re just a couple of hours late. In this case, the morning-after pill is essential if you want to avoid an unwanted pregnancy.
Also, vomiting and diarrhoea can render the Pill ineffective. Take another pill or use an additional method of contraception in this instance.

Side effects
Weight gain, spotting, migraines, breast tenderness, reduced libido... Many side effects can appear if the dosage isn’t adapted to the individual. If you suffer from such side effects, you can ask your doctor to change the type of Pill you’re on until you find one that suits you better.
There are many misconceptions these days about the dangers of the Pill, such as the risk of cancer and effects on fertility. Many of these dangers are still being researched but studies have shown that taking the Pill actually reduces the risk of cysts and ovarian cancer.

Who can't take the Pill?
Some women are strongly advised not to take the Pill. For example, if you have high blood pressure, high cholesterol, certain cancers, diabetes, or you smoke, especially if you’re over 35, it’s best to look at other forms of contraception. Tobacco and the Pill don’t mix well: combining them increases the risk of having a heart attack.

New options
- Pills without periods: the Seasonale Pill has been available in the States since 2003 and on it you have just 4 periods a year. Even better than that, Lybrel gets rid of periods for good and has now been approved for sale in the USA. These pills are very controversial though, with some specialists deeming them against nature. They are expected to arrive in Britain in the near future.
- The male pill: scientists are working on a method that stops sperm production without affecting erections or libido. Up until now, no reliable contraceptive has been found without unacceptable side effects.

NB: The pill doesn’t protect against sexually transmitted infections (STIs). If you’re not sure about your partner’s sexual health, use a condom as well as the Pill or other type of contraception.