Everything You Need To Know About Different Methods Of Contraception 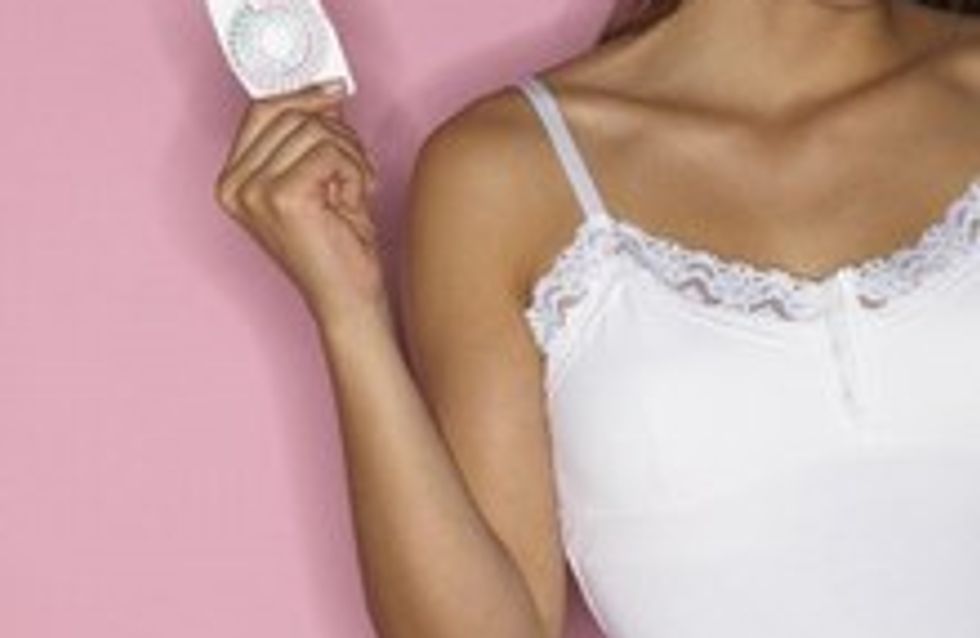 The pill, injection, implant, patch, IUD…Women have a lot of choice these days when it comes to finding an efficient and non-restrictive contraceptive. Here’s our guide to helping you choose the type that suits you and your lifestyle best.

The pill, injection, implant, patch, IUD…Women have a lot of choice these days when it comes to finding an efficient and non-restrictive contraceptive. Here’s our guide to helping you choose the type that suits you and your lifestyle best.

Hormonal methods
• The Pill: this contraceptive is taken orally on a daily basis. It consists of hormones (oestrogen and progestogen) that prevent ovulation. Side-effects can include weight gain, spotting, migraines and breast tenderness. And while the pill is 99% effective, not everyone can take it (smokers, women with diabetes or high cholesterol).
• The mini-Pill: this works in a similar way to the classic Pill but it only contains progestogen, which means it has fewer side effects but is also less effective. It’s often recommended for people who are at risk of strokes, heart disease or blood clotting.
• Injections: recommended for those who don’t get on well with the pill. Progestogen is injected into a muscle (usually the buttocks). There are two types of injection in the UK: Depo-Provera, that lasts for 12 weeks, and Noristerat, that lasts for 8 weeks. The main side effects are irregular periods.
• Implants: inserted into the arm under local anaesthetic, an implant lasts for 3 years. The implant is shaped like a matchstick and releases a steady dose of progesterone into the body. It's as efficient as the pill, with similar side effects.
• Patches: the patch releases hormones through the skin and looks like a stamp. You change it weekly and use it for three weeks then have a week’s break, during which time you will get your period. The side effects are the same as with the Pill, but your skin may also become inflamed around the area where you stick the patch on.
• The vaginal ring: also known as NuvaRing, this is easily inserted into the vagina and continually releases oestrogen and progesterone for a 3-week period. It’s then removed for a week, during which you have your period. It’s not yet widely available in the UK but can be obtained from some private gynaecologists.

Barrier methods
• Male condom: as well as preventing pregnancy (around 97% effective), this is also the only method that protects against sexually transmitted infections and diseases. Condoms are worn over the erect penis, can only be used once and need to be handled with care. They are usually made of latex.
• Female condom: with the same advantages as the male condom, this lubricated polyurethane condom is placed in the vagina and is ideal for those who are allergic to latex.
• Diaphragm: this latex ‘dome’ is inserted before sexual intercourse and is used alongside spermicides such as sponges, gels, creams or foams. It protects against certain STIs like gonorrhoea and chlamydia, but it's still only 92% reliable as a contraceptive.
• Cervical cap: smaller than the diaphragm, the cap looks like a large thimble that you fill one third full with spermicide then fit over your cervix. It’s not recommended if you have ever had Toxic Shock Syndrome (TSS).

Mechanical methods
• The IUD (Intra-uterine device): also known as the coil or loop, this T-shaped copper device is inserted in the uterus for a period of several years. It’s recommended for women who have already had a child as their cervix is wider open, making insertion less painful. Side effects are heavier, longer and more painful periods, so it’s not advisable for those who already suffer from heavy periods.
• The IUS (Intra-uterine system): like the IUD, the IUS is a device which is inserted in the uterus for several years. The main difference is that it contains the hormone progestogen, which it releases steadily into the womb every day. Unlike the IUD, it may help to reduce menstrual flow so periods become lighter, shorter and pain-free. Possible side effects are acne, headaches and breast tenderness.

Natural methods
While anyone can use these methods, be aware that they're far from effective…
• Withdrawal: the man withdraws his penis from the vagina before ejaculating. Also known as coitus interruptus or simply 'pulling out'.
• Fertility awareness: once the ovulation period has been charted, the couple refrains from sexual intercourse, or at least from allowing sperm to enter the vagina, during the woman’s fertile period. Calculations can be deduced using a calendar, body temperature, changes in cervical mucus or hormonal variation in urine.

Surgical methods
Considered extreme because they are irreversible, these methods are suitable for people who know they do not want any more children. Make sure you think long and hard before making such a big decision, as the psychological effects can be significant.
• Female sterilisation: also known as tubal ligation, this surgical operation involves blocking the 2 Fallopian tubes, making it difficult for eggs to reach the uterus.
• Male sterilisation: more commonly known as a vasectomy, this operation blocks the relevant tubes to prevent the sperm from reaching semen.

by cheree
Review full sized beauty products for us for FREE