10 Things I Learned About Good Sex From Having Bad Sex

by cheree Published on 9 October 2014 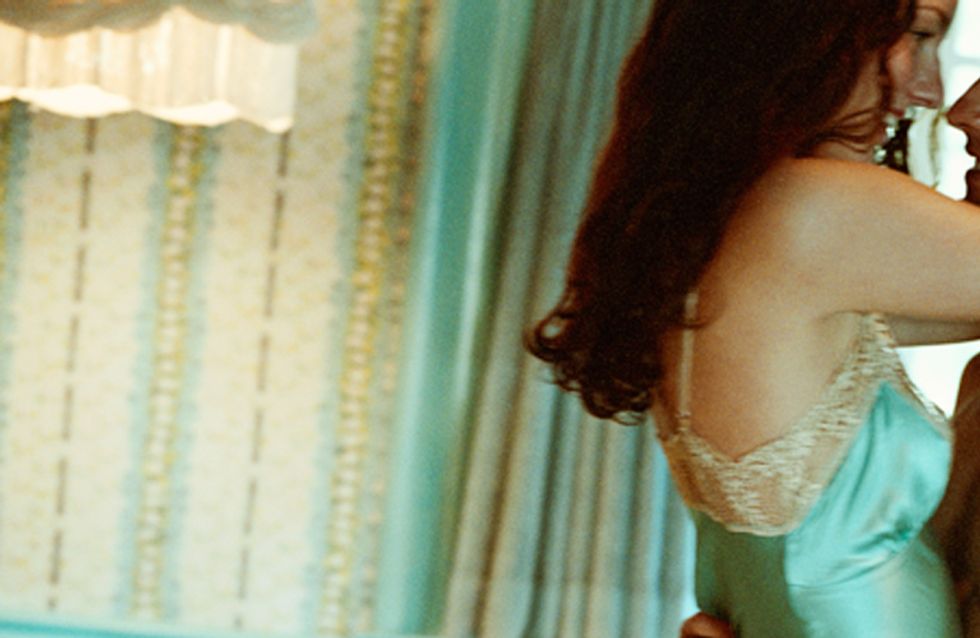 Sometimes you gotta get through the bad before you encounter the good.

1. Ask your partner about their boundaries

Lesson Learned? Never surprise your partner with something outside of the normal routine. Talk about it first and then prepare accordingly!

I don't need a full on make out session before going at it, but kissing is a way to connect during the moment. That bastard in college who avoided my lips because he didn't want things to get too serious made me feel like an object for him to get off on rather than a woman with feelings.

Lesson Learned? Make sure the person you're getting it on with knows how special they are to you. Yes, even if you are FWB, in that moment treat them with the respect they deserve!

3. You won't get off every time

Lesson Learned? Good, mind-blowing, call-your-girlfriends-afterwards-to-tell-them-all-about it sex IS possible without an orgasm...or a penis!

Sex is wonderful because you're both naked and charged and ready to go, but that nakedness can also make you feel extremely vulnerable. During those years when I hated certain things about my body, sex brought up my deepest insecurities. I would only try certain positions, always kept the lights off, and immediately put my clothes back on after doing it. The sex became boring and then it became bad. Eventually I decided that, hell, if this guy is comfortable with stripping down to nothing then I should be too. It allowed me to be freer in bed and love my body for the things it could do and feel!

Lesson Learned? Remember that whoever has the privilege to see you naked is only thinking about how beautiful you are and not those barely noticeable stretch marks on your hips.

5. If something hurts, stop.

When I first began having sex I suffered under this belief that as long as he was enjoying himself, it didn't matter how I felt. It led to some very painful moments and just terrible, awful sex that I shudder to think about now. Around my 22nd birthday I told myself to speak up and be active in my own pleasure! That change in my outlook has made sex so much better for me and my man.

Lesson Learned? Sex is about BOTH partners. Never let their desires overshadow your own!

Scream, shout, let it all out! Some ladies, including myself in the first few months after I lost my virginity, get performance anxiety or fear that our "holy shit, this feels damn good!" noises are going to to freak out our partners. Well, screw it. The bedroom ain't a movie theater so swallow that megaphone and enjoy yourself!

Lesson Learned? Be noisy, girl! Your partner wants to know how great they're making you feel.

The worst sex I've ever had was when I felt cajoled into trying things that, in retrospect, I did not care to try. If good sex means missionary all the way through 'til the end, embrace it!

Lesson Learned? Great sex doesn't mean trying the latest fetishes. It's about being open about what YOU most enjoy.

Oh my, when I think back on my first sexcapades in college I cringe a little bit. I was SO SERIOUS. Every kiss, every grasp had to be this important, lovey-dovey moment that put a lot of pressure both me and the guy I was with at the time. I was so concerned with having it be special that it took me out of the moment. Now I've learned to just let go and smile, laugh, giggle, and even make (related) jokes during it!

Lesson Learned? Sex doesn't have to be serious every. single. time. It's one of the most fun things to do so you should be laughing throughout!

9. Stick to your birth control preferences

Never, and I mean, NEVER compromise on your definition of safe sex. If that means a condom + the pill then make sure the guy you're with knows that. Don't give into the pressure or sweet talk ("Oh, baby, I can just pull out...") because you'll be regretting it the entire time you're doing it, which leads to bad sex.

Lesson Learned? You will enjoy sex more when you're practicing safe sex!

Lesson Learned? Don't leave your partner hanging. Always try to make them feel as good and wonderful as possible!

How has bad sex made you a better lover? Tweet us @wewomenUSA!

21 Ways To Have A More Intense Orgasm

The Secret To Letting Loose: 20 Ways To Boost Your Sexual Confidence

by cheree
For all the best videos, memes and shareable news!