20 Reasons You Should Definitely Date A Nerd

by Stephanie Ashley Published on 17 April 2014 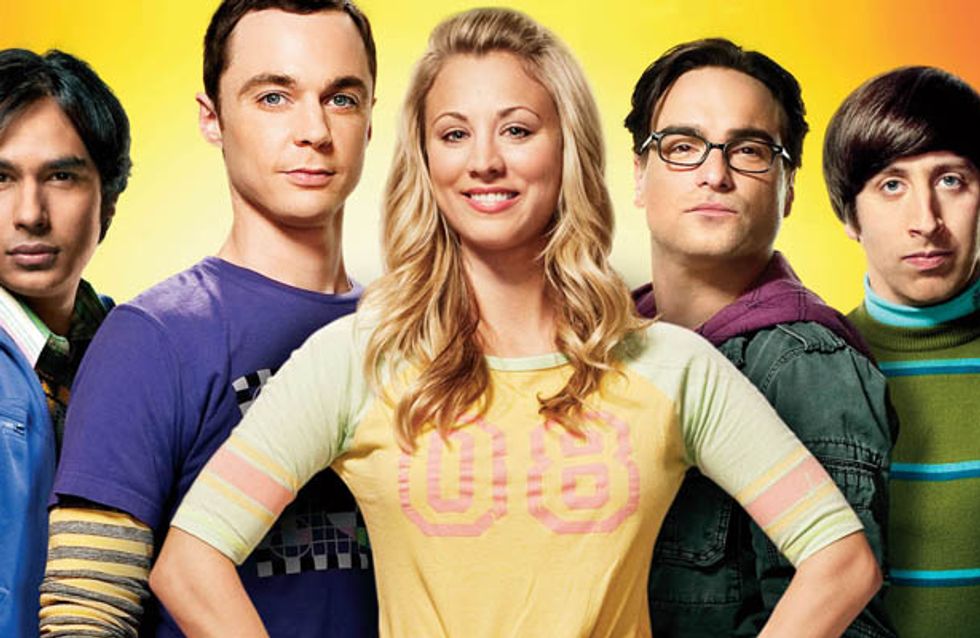 Nerdy guys are SO under-appreciated! They gave us things like the internet and the iPhone and yet so many women would rather date the butch guy they spotted at the gym. Sigh. Ladies, it's time to give those science and math whizzes a shot! Here's why you should so date a nerd.

What did Sherlock's Irene Adler say? "Smart is the new sexy." We couldn't agree more.

1. They have the BEST jobs.

Seriously! Chemists get to work with dangerous chemicals (potentially blowing things up) all day, and computer geniuses have led us to such things as the iPhone. Need we say any more? Think about it, only nerds get to go up in space, and that's just too hot.

2. They're not really into the whole social scene.

You know those times when you really don't want to go out, but would rather cuddle up on the couch with some ice cream? Your nerd certainly won't be complaining! Social cues probably baffle them, so they'd rather stay home with you than deal with *gasp* people.

3. They have ALL the fun toys.

Come on, you know if your man had a working Death Star a la Star Wars you would be ALL over that. The two of you can have lightsaber battles together!

They're THAT smart. We'd all rather make history ourselves, but let's be honest, it certainly wouldn't hurt to be along for the ride! You can be the emotional inspiration behind the future. Just think.

5. You can have the best movie/TV show marathons ever.

All the Marvel movies, in a row? Now, you'll probably be ogling at Thor's sculpted chest, while your nerd is contemplating inter-dimensional space travel. But it's still a movie marathon you'll both be ALL over!

If your nerd is anything like germaphobe Sheldon Cooper, you'll have no problems with a messy place. Now, his piles and piles of comic books and fandom junk? That's a complete other story.

7. You can actually hold an intelligent conversation together.

Ever felt like you just want to talk to someone without having to correct their grammar every thirty seconds? Not only can your nerd speak without making you cringe, you can actually converse about intellectual topics, like the future of the Internet, or how The Hulk somehow keeps his trousers when he transforms...

8. They can hold their own at the bar.

You know if you went through all the degrees, Masters and PhD science courses they did, you'd be hitting up the pub ALL the time. You may have trouble keeping up!

9. They know how to keep busy.

If you just want to curl up in bed with your Game of Thrones book and not be disturbed, they've got no problem with that. They'll go off and read comics or watch Star Wars or discover the cure for cancer. Yeah, you can get all the "me time" you need.

10. You can both fangirl in complete nerd solidarity.

Speaking of GoT, you KNOW you've squealed and jumped around over the nerdy things in life more often than you've cared to admit. Your nerd will give you no judgement on that front! In fact, they'll probably be jumping for joy that [SPOILER] Joffrey's dead just as much as you are. (Though be honest, who WASN'T jumping for joy over that?)

11. There are plenty to go around.

Just kidding! Well, sort of. Like we said, nerds are a seriously under-appreciated portion of the population. There are more highly intelligent nerds out there than men who look like Ryan Gosling (seriously). Snatch one up before the world realises how truly awesome they are!

Your nerd is bound to take you on some fun and certainly unconventional dates. Laser quest, anyone? A trip to Go Ape, perhaps? Maybe even a spot of LARPing? (oh please no).

Your nerd may not be the most socially adept individual (or sexually experienced one - just a hunch), but they are definitely eager to learn. Smarties are truly fast learners, so you may just have the perfect partner in no time.

14. They probably get along better with animals than with humans (just like you).

NO one wants to be the crazy cat lady spinster, but we all have a special place in our hearts (our whole heart!) for our furry little friends. If your nerd isn't so great in social situations, they probably prefer the company of a fuzzy companion. You, your nerd, and a little kitten or puppy? Turn on some Netflix, and that's the perfect night!

Nerdy people (except for the obnoxiously arrogant ones) are probably the nicest people you will ever meet. They may not be much for huge parties, but they'll fight for their close friends. Aww!

16. They think about the impending zombie apocalypse as much as you do.

You can admit it: you've thought about who you'd call and what you'd grab when the zombie apocalypse ensues. Lucky for you, your nerd has probably gone over every scenario. He's has the smarts to survive! (We think...)

17. They can teach you about the world.

Do you know what dark matter is or how gravity actually works? Your nerd probably will. They'll have all those fun tidbits of information that your little Discovery Channel-watching self just can't resist. Remember what we said about intelligent conversation? Your IQ will rise just by dating a nerd!

19. They can probably save your life.

You know all that boring stuff about anatomy that you learned sometime LONG ago in biology class? Lots of nerds (ahem, hello medical professionals) probably actually remember it. If you start having some medical emergency, they might just be able to save your life?

Instead of running after mister biceps, you are dating the smart guy, and trust us, he will notice. You'll have a partner who truly appreciates the fact that you chose them (as opposed to others who think they're Gods gift to mankind). Because they appreciate you so much, you'll care for them that much more!

Why would you date a nerd? Tweet us @sofeminineUK