How To Make Him Want You

by cheree Published on 14 September 2011 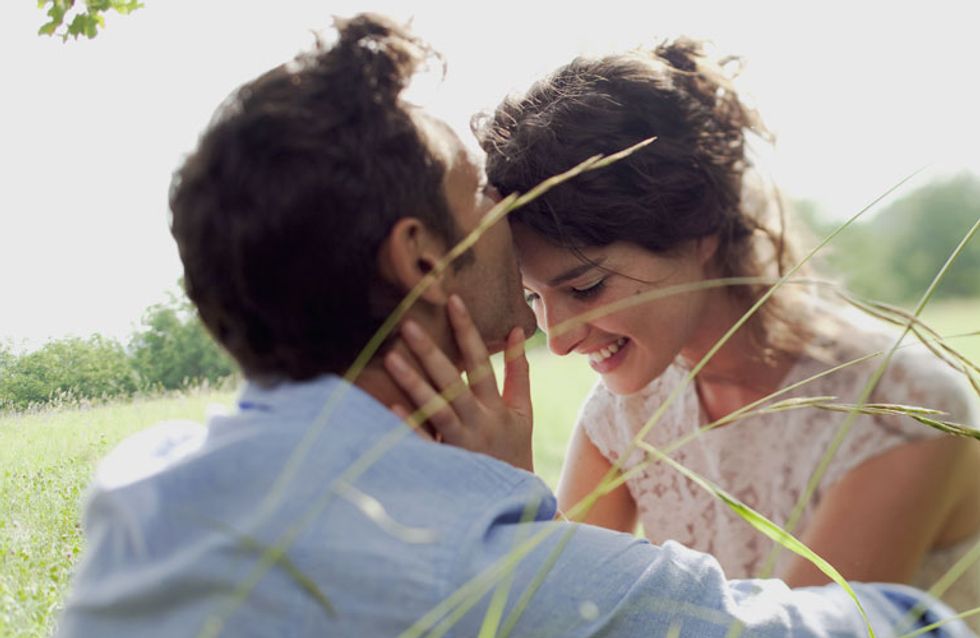 The rules of attraction can be pretty easy to master with a little bit of know-how.

So if you're single check out our thirty top tips on how to make him want you and if you're already coupled up use this as a guide for how to make your man want you even more!

Turning a man on is all about playing to his senses, so we've got ways to work it from every angle.

Want to test it out and make him want you? Here are some ideas:

You could even go with a red bulb but beware as that is a bit full on - but it's worth knowing a soft pink light is most flattering to your bare bod'!

Psychologically speaking, if the candle is on the table between you and it's dark around you, you'll feel closer together in the same circle of light. It all boils down to science y'know.

Its all about you:

4. Dress to impress
Dress to impress! Men are governed by their eyes and like a bull reacting to the colour red, they react to the way a woman looks.

Wear soft, tactile, warm-coloured clothing that's sexy and suggestive without being too much, and definitely choose clothes that show off your best bits. Less isn't necessarily more when it comes to seduction - leave something to the imagination.

6. Be suggestive
Be suggestive: while the sense of sight is erogenous, showing off too much skin isn't necessarily sexy.

Certain movements are very stimulating with the right atmosphere: licking your lips, crossing your legs, caressing your thigh with a hand or suggestively biting your bottom lip are all things that will drive him wild.

Music to his ears:

After sight, hearing is the second sense that counts. It plays a major role in creating an ambience so if you want to make him fall in love with you, act on this sense!

9. Choose ambient music
Choose music based on your own personal tastes if you don't know him that well, or based on his tastes which will make him putty in your hands! Think sexy background music. The focus should be on you and not the heavy metal - not hot.

10. Read aloud
It might sound ridiculous but reading aloud from a book or, if you've bagged yourself a sensitive type, a poem can be sexy. It all depends on how you read it.

You could even write down your greatest fantasy about the two of you and read it to him - sophisticated dirty talk if you will.

12. Speak with your romantic voice
Having a slightly different way of speaking to your man is a good way of putting him in the mood without being to obvious. Just switching subtley from normal speech to bedroom speech should get the juices flowing.

13. Use innuendo when talking to him
Use fun and flirty language when you talk to him. It's cheeky and after all, having a laugh with the guy you're going for is the biggest turn-on.

Indulge his sense of taste and smell:

The senses of taste and smell are the most primitive and their sensors are located at the centre of the brain where the archaic brain is located.

This is why they are important in the animal aspect of sexuality, an aspect that can be extremely powerful if you know how to use it to your advantage.

14. Prepare an aphrodisiac meal
Turning him on with his taste buds might seem a little far fetched, but trust us it works! Read our A-Z of aphrodisiac foods to give you some ideas.

15. Make him breathe you in
One of the best ways to turn a man on is through your perfume. Get your own signature smell, something seductive and spray it all over yourself whenever you're about to get down to it. He'll then signify your smell with being close to you and every time he smells it, it will trigger that memory!

19. Get him to splash some scent
Give him a bottle of eau de toilette to splash himself with. This will make you want to get your nose closer to his skin.

Everyone can be seen, heard, smelled at a distance by a stranger but not everyone lets themselves be touched!

So make the most of your intimacy to take things a bit further. Here are some tips to make him want you bad!

20. Touch him like you're doing it involuntarily
Stay close to him, a bit too close even, in his intimate personal space. This is because under 50cm, we only normally let people who are extremely close to us get near. Put your hand on his arm when talking to him, tidy a section of his hair, brush off a (false) crumb on his shirt, etc.

23. Invite him to do some sport with you
Jogging, swimming…he'll be able to see you up close and personal in a swimsuit plus when you sweat together, the bedroom never seems faraway. Avoid however if him and sport don't really go together!

24. Caress your skin in front of him
If you start to subtly stroke your arms, your cheek, with a finger, with a bit of hair, as if you don't even really realise you're doing it, it will make him want to touch your skin as well.

25. Speak to him closely, next to his ear
He'll be able to feel the warmth of your breath, or even your mouth on his neck. As if you're whispering a secret to him.

27. Offer him a body massage
Nothing feels better than being pampered. If he's hurting somewhere, use it to your advantage! His back, knee, ankle... if your hands are able to make him feel better, he'll be imagining what else you're capable of.

To make a man really crave you it's sometimes necessary to make preparations.

Anticipating pleasure is a pleasure in itself. That's why, along with suprising him, it's also nice to let him know what's in store.

Pretty Woman (1990)
by the editorial team